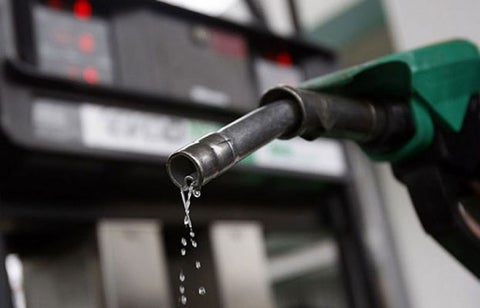 The Publisher Nigeria reports that Nigerians may be spending N588.24bn monthly for Premium Motor Spirit, popularly called petrol, should the Federal Government implement the recommendation of the Nigeria Governors’ Forum that the cost of the commodity be increased.

A committee set up by the Nigeria Governor’s Forum had last Wednesday recommended that petrol price should be between N380/litre and N408.5/litre. They also called for the immediate removal of petrol subsidy.

Although the Federal Government on Friday said it would not increase petrol price in June despite the recommendation of the NGF, it had repeatedly said there was no going back on the imminent removal of petrol subsidy.

On several occasions, the Minister of State for Petroleum Resources, Chief Timipre Sylva, had stated that subsidy on petrol could not be sustained, describing it as a huge burden on the Nigerian National Petroleum Corporation.

NNPC is the sole importer of petrol into Nigeria and has maintained this position for more than three years running.

Should the Federal Government decide to shift the burden of petrol subsidy by implementing the full deregulation of the downstream oil sector, as canvassed by the governors, consumers of petrol would have to pay humongous sums monthly.

Figures obtained from the latest financial and operations report of the NNPC showed that Nigerians consumed 1.44 billion litres of petrol in January 2021, translating to 46.3 million litres daily.

“To ensure continuous increased PMS supply and effective distribution across the country, a total of 1.44 billion litres of PMS translating to 46.3 million litres/day were supplied for the month (January 2021) in the downstream sector,” the oil firm stated.

It added, “The corporation has continued to diligently monitor the daily stock of Premium Motor Spirit to achieve smooth distribution of petroleum products and zero fuel queue across the nation.”

Going by the above figures, it, therefore, implies that at the current rate of N165/litre, Nigerians are paying a total of N237.6bn for the 1.44 billion litres of petrol consumed across the country monthly.

But at an increased rate of N408.5/litre, users of petrol would have to pay N588.24bn, meaning Nigerians would be paying an additional sum of N350.64bn on the purchase of petrol.

Fuel subsidy has continued to generate controversy by successive governments in the country. Attempts by previous governments, including that of ex-President Goodluck Jonathan, to stop it were resisted vehemently by Nigerians.

However, the regime of  President Muhammadu Buhari, has insisted that Nigerians should brace up for an increment in the pump price of petrol, in light of the current economic situation in the country.

In early May, the Minister of State for Petroleum Resources, Chief Timipre Sylva, said fuel subsidy was only benefitting a cross-section of businessmen in the country and not the citizens.

Meanwhile, the Nigeria Labour Congress on Saturday said it had decided to meet on Tuesday to decide on its position as regards the recommendation by governors that the price of Premium Motor Spirit be raised from N162/litre to N408.5/litre.

It also stated that Tuesday’s meeting would discuss other issues such as the sacking of workers by the Kaduna State Government and the need to amend the country’s constitution.

NLC had on Thursday stated that it would meet on Friday to decide on the matter of petrol price increase proposed by the governors.

It eventually rescheduled the meeting following some last-minute changes.

When contacted the Deputy President NLC, Joe Ajaero, said,  “The meeting is now scheduled for Tuesday. It was rescheduled due to some adjustments.

“We shall be looking at three major agenda: the proposal for petrol price increase by governors, the sacking of workers by the Kaduna State Government, and the issue with the country’s constitution.”

Ajaero stated that it was the hope of the union that its positions on the three issues would be made public after Tuesday’s meeting, as the NLC would also be meeting with the Federal Government representatives on some of the concerns.

In an interview  the President of the Association of Small Business Owners of Nigeria, Dr Femi Egbesola, said if fuel subsidy was finally removed, it would lead to a big crisis for small businesses.

Egbesola said at the moment, only about 10 per cent of small businesses were surviving, adding that many had closed shops because they didn’t have the wherewithal to produce again. He also said the capital of many small businesses had been eroded by inflation and high exchange rate.

He said, “A lot of small businesses will be affected. In fact, I’m also thinking of closing one of my factories. When we have fuel subsidy removed, I can’t imagine what would happen.

“I don’t think fuel subsidy removal is what the government should be talking about now.’’

In a similar vein, the National Association of Nigerian Students on Friday took a swipe at the governors over their support for total fuel subsidy removal.

NANS claimed that the governors agreed to fuel subsidy removal only because they saw it as an avenue for an increase in the allocation accruable to them from the Federation Account.

NANS President, Sunday Asefon, who described any proposed hike in fuel price as irresponsible and wicked, said Nigerian students would resist the “unpopular decision” of fuel subsidy removal because it would further impoverish Nigerians.