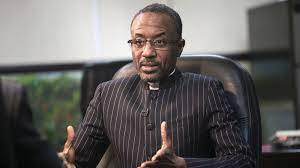 A former Governor of Central Bank of Nigeria, Lamido Sanusi, said on Tuesday that petrol imports figures were inflated when global oil prices went up during the administration of President Goodluck Jonathan and the regime of the current President, Major General Muhammadu Buhari (retd.)

Sanusi, who spoke on Tuesday at a panel session during the 27th National Economic Summit in Abuja, said the subsidy on petrol was responsible for the inflated figures.

Until May 2016, when the Federal Government announced a new petrol price band of N135 to N145 per litre of petrol, private marketers imported petrol into the country and were paid subsidy claims by the government in order to keep the pump price lower than the expected open market price of the product.

The Nigerian National Petroleum Corporation, which has been the sole importer of petrol into the country in recent years, has been bearing the subsidy cost. It does the importation through the Direct Purchase Direct Sale arrangement.

Under the DSDP scheme, selected overseas refiners, trading companies and indigenous companies are allocated crude supplies in exchange for the delivery of an equal value of petrol and other refined products to the NNPC.

Sanusi said, “I have said this over and over again, and when I say this, I want it to be clear that I said this when I was governor of the central bank under the previous government. What I say is not about a particular government.

“In 2015 or 2016, Minister Kachikwu came out and said Nigeria was importing 30 million litres of fuel a day after eliminating corruption and having transparency. In 2019, the NNPC came out and said we were importing 59 million litres per day after oil prices have gone up. And I have been asking the question: what happened between 2015 and 2019 that our consumption doubled?

“This was the same thing that happened under the previous government; in Nigeria, when the oil price goes up – unlike all other products when it gets more expensive, you have a reduction in demand – the NNPC says we are importing more. Why because as the price of oil goes up, the arbitrage between the subsidised price and the market price is so high; there is an incentive to inflate those numbers.”

The NNPC, in the latest monthly report on its website, said a total of 1.67 billion litres of Premium Motor Spirit (petrol), translating to 55.79 million litres per day were supplied in April.

Sanusi said, “I have produced evidence before the National Assembly historically of cases where the NNPC would say we have imported fuel, use the name of a vessel – people say they imported fuel; you go and check and the vessel was nowhere near Nigeria on the day they said it was in Lagos, and people have collected subsidy on those things.

“For me, all the drawbacks of this regime, what it is costing Nigeria is not just the cost of subsidy; it is the cost of the corruption. What we need to do is to scrap it.”

The ex-CBN boss added, “This money coming from petroleum belongs to the federation account; the Federal Government does not have the constitutional right to pay subsidy on behalf of the federation.

“So, that is a fundamental constitutional issue because this is money that should go to the federal, state and local governments. Yet money that belongs to the federation is carried out as a central government expenditure. So, you can see so many complex issues – there are legal and economic issues. What we need to do is stop this thing.”