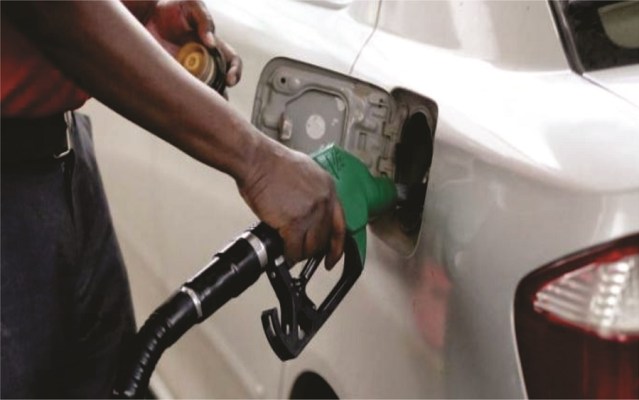 Private depots have raised the price of petrol by 6.7 percent to N240 per litre this week, from about N225 per litre the previous week.

This came as the Independent Petroleum Marketers Association of Nigeria, IPMAN, said the current petrol scarcity might continue till June 2023 when the government was expected to remove its subsidy.

The Chief Executive Officer,  Nigerian  Midstream Downstream Petroleum Regulatory Authority, NMDPRA, Engr. Farouk Ahmed, whose agency has the  responsibility  to regulate activities in the midstream and downstream sectors, did not respond to Vanguard’s inquiries, yesterday on the rise in the private depots price of petrol by 6.7 percent to N240 per litre.

But checks by Vanguard indicated that petrol lifting is ongoing at many private depots with commercial stocks of the product.

It also showed that the  NMDPRA has reopened the seven depots, including Bluefin, Rainoil, Ardova and Nepal that were shut for selling the product at over N148per litre.

Our correspondents, who visited the depots witnessed them still selling petrol at over N200 per litre to desperate independent marketers.

The National Operations Controller, IPMAN,  Mr.  Mike Osatuyi, disclosed in a telephone interview with Vanguard that members of the association have not started lifting the product at N148 per litre as earlier planned.

According to him,  the current petrol scarcity might continue till June 2023, when the subsidy is expected to be removed by the Federal Government.

He said: “We are getting the product between N230 per litre and N240 per litre from the private depots. The price becomes higher when we add our transportation cost. So, there is currently no way we can sell at the government regulated price.”

He noted that his members have been unable to get their products at government-approved prices, which automatically pushed prices up at various pumps.

He said independent marketers are getting petrol from depots at N240 per litre, excluding transportation.

“It is a terrible situation and that is where we are. This is the status update from yesterday night.

“There is rent and arbitrage and they are not giving us the product at the official price even though they (government) promised to do so.

“It is when the Federal Government removes subsidy on petrol that all these (petrol scarcity) will be over.”

On things returning to normalcy, he said: “There is hope in sight by the middle of the month but not immediately.”

Queues increase in Abuja, Lagos, others

Meanwhile, checks showed that there were long queues at  filling stations across the Federal Capital Territory, yesterday, raising fears of yet another round of petrol scarcity in the nation’s capital, Abuja.

Specifically, checks around the city centre showed that most outlets operated by both major and independent marketers were shut while queues were observed at Conoil and Total filling stations opposite NNPC Towers. Queues were also noticed at NNPC Mega station as well as two stations in the Wuse area of the city.

Similar long queues were observed in Lagos and environs, yesterday, as the independent marketers were seen selling the product over N250 per litre while the major marketers and the Nigerian National Petroleum Company sold it at N170 and N169 per litre respectively.

The price disparity culminated in the emergence of black markets in Abuja, Lagos and other parts of the nation where the product was sold at between N400 and N500 per litre, depending on location.

Speaking to Vanguard from Lagos, the Executive Secretary, Major Oil Marketers Association of Nigeria, MOMAN, Mr. Clement Isong said distortions in the market are be to blamed for continuing distribution challenges.

Isong pleaded with  government to free up the market and allow factors of demand and supply determine price for consumers.

According to him, “The demand for the product is too high and it is creating a huge challenge for marketers. The supply is not enough and whatever you put out is exhausted almost immediately.

“The government needs to allow a free market for all players. This will lead to reduction in demand because prices will go up. A rise in price will attract investment that would lead to increase in supply.

“The biggest challenge in the market today is the high demand and we need to do something about it. Market interference is the reason for the distortion. It is simple economics: when you have interference, shortages will occur and this is the problem.”

Isong said it is not true that MOMAN members are selling to independent marketers at N240 per litre, explaining that all products received from NNPC Limited are sent to major marketers’ retail outlets across the country.

He pointed out that as a rule, “MOMAN members do not sell above NNPC approved price unless you are telling me that there are rogue elements. That kind of action, if it happened, will attract serious sanctions. Our products are generally meant for our filling stations and that is the case.”

Meanwhile, motorists continue to increase transport fares in different parts of the country.

From Cele to Ikotun, which used to cost N150 is now between N500 and N600 subject to the crowd waiting for bus at the bus stop. From Cele to Jakande Estate Gate, which cost between N100 and N150 now goes for between N200 and N300.

Transport fares have also gone up in most parts of Abuja, as well most states in the South South, South East, South West and the North.