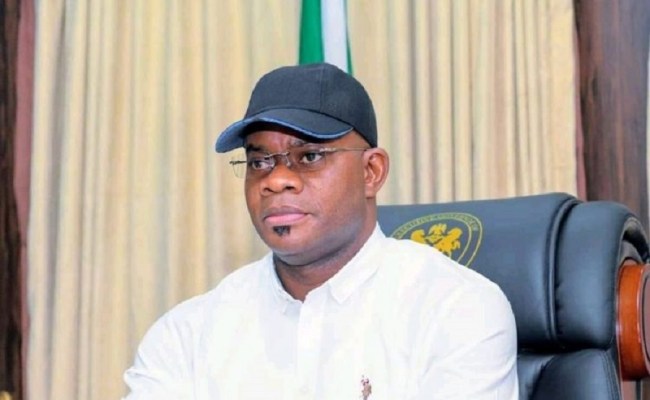 The Kogi State government has called on the Economic and Financial Crimes Commission (EFCC) to apologize to the state over an alleged N20 billion bailout fund it sought a court order to freeze.

The Lagos division of the Federal High Court on Friday granted EFCC’s application to discontinue the case against the Kogi State government.

According to the News Agency of Nigeria, the anti-graft commission withdrew the suit that sought the state government to forfeit the N20 billion bailout fund meant for payment of salaries in the state.

Backstory
EFCC had alleged the sum was deposited in an interest yielding account by Kogi State government officials.

The EFCC had instituted a suit marked FHC/1/CS/1086/2021 against the kogi state government seeking to freeze its account with account number 0073572696.

The money deposited with the account name “Kogi State Salary Bailout Account” was meant for the payment of salaries in the state.

What the EFCC said
At the resumed hearing on Friday, counsel to EFCC, Mr Kemi Pinheiro (SAN) presented before the court an application dated October 13, titled “notice of discontinuance.”

“The applicant has resolved to discontinue this matter in suit no Fhc/l/cs/1086/2021 pending before this Honourable Court against the respondent’s account herein.

“That the sum of N19.3 billion is still standing in the credit of the account frozen pursuant to the order of this honourable court,” the EFCC said.

One of the grounds for discontinuance of the suit was that the management of Sterling Bank Plc clarified the questions resulting in the commencement of the suit and intentions to return the money to CBN has been shown.

“That it is expedient for the instant suit to be discontinued and the account unfrozen to enable the management of sterling bank plc, effect the transfer/return of the sum to the coffer of the Central Bank of Nigeria where the said bailout funds was disbursed,” the anti-graft agency added.

The presiding judge, Justice Chukwujekwu Aneke held that the application ought to be granted after listening to the submission of the applicant.

What Kogi State government is saying
Mr Kingsley Fanwo, the Kogi State Commissioner for information urged the EFCC to tender an apology to the state government as it encourages it to exhibit professionalism in performing its duties.

Speaking at the presentation of awards to senior journalists who participated in the GYB Essay Competition for Nigeria’s Political and Crime Editors in Lagos on Friday, Fanwo said that it was unfortunate that the commission chose to believe allegations that it fixed N19 billion out of the amount in a new generation bank.

Noting, however, that the state government was yet to receive details of the judgement, the Commissioner challenged the EFCC to exhibit professionalism in its affairs.