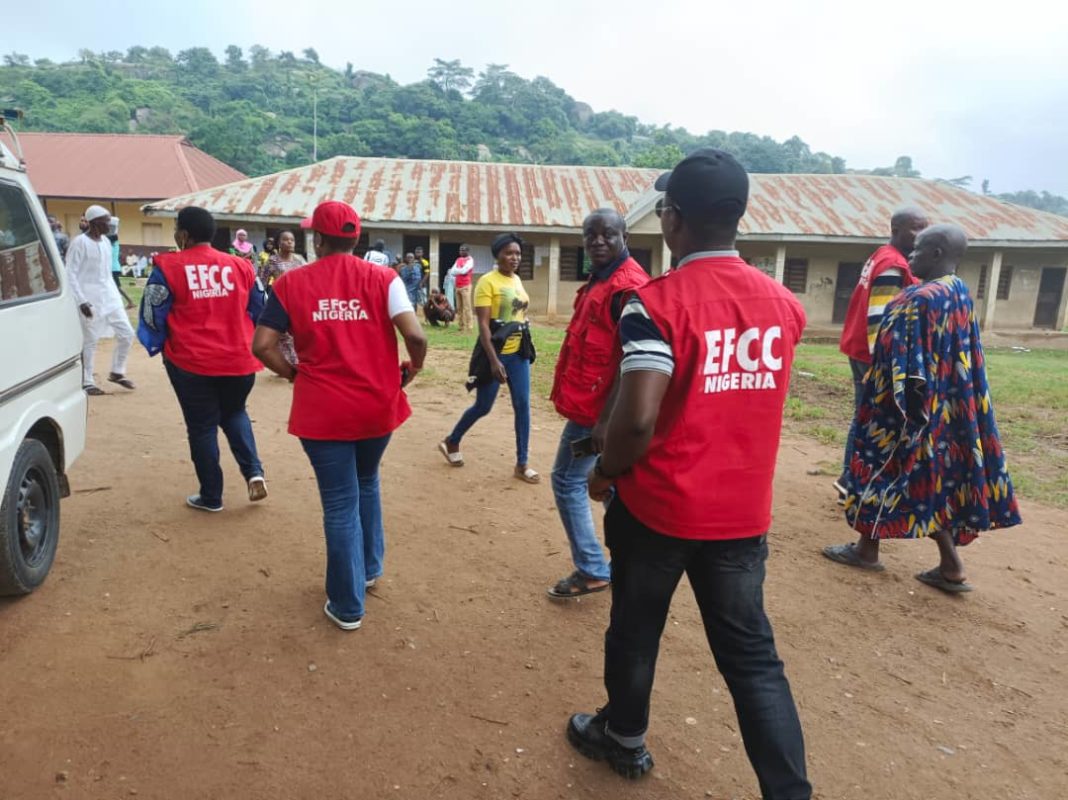 Operatives of the Ilorin Zonal Command of the Economic and Financial Crimes Commission, EFCC,  have arrested a member of the National Youth Service Corps, Adetuberu Adetoyese, who is serving in Ogbomosho, Oyo State, over alleged cybercrime.

A statement by the Head of Media and Publicity, EFCC, Wilson Uwajuaren, on Thursday, said the suspect’s arrest followed credible intelligence on the activities of Internet fraudsters in the Ilorin metropolis and its environs.

Items reportedly recovered from the suspect included a Lexus car, worth N4m, a laptop, an iPhone 11 Promax and a Samsung S9 Plus.

“In the course of investigation, Adetoyese revealed that he ventured into Yahoo Yahoo in 2016 and had, among other things, built a house and sponsored himself in school with the proceeds of the illegal activities,” the EFCC added.

The EFCC further added that men of the agency, in another separate operation, arrested two other suspected fraudsters at different locations in Ilorin.

“The suspects are Muhammed Soliu and Olayiwola Saheed, an aluminum fabricator.

“Upon interrogation, Muhammed, 25, confessed that he joined Yahoo-Yahoo in 2020 and specialised in dating/love scam. According to him, he had bought a Toyota Camry worth N2.7m and built a house with the proceeds of the illegal activities.

“In the same token, Olayiwola, 30, who claimed to be a ‘loader’ in the Yahoo-Yahoo business, confessed to have bought a Toyota Camry worth over N2m with the proceeds of the alleged crime,” the statement added.