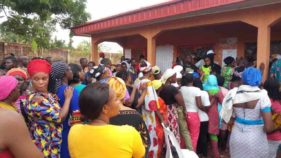 The people of Okun land and Kogi West are demanding that the state’s governorship seat be zoned to them. In a statement to mark the 30th anniversary of the state’s creation, Okun Development Association (ODA) lamented that its people were the most marginalised major ethnic group in Kogi in the area of employment, appointment, project execution until the emergence of Governor Yahaya Bello.

The statement signed by the President-General of ODA, Femi Mokikan, noted that fairness and equity demands that Kogi West is allowed to produce the governor in 2023, since other major ethnic groups in the state like the Igala and Egbira had taken a shot at the seat.
IN another development, Kogi State House of Assembly has threatened to issue a warrant of arrest against the Commissioner for Finance, Asiru Idris, if he fails to appear before the house next Thursday.

The position of the lawmakers followed a motion by the Chairman, House Special Committee on Public Account, Hilarion Musa, on the need to compel the commissioner to appear before the Assembly.

Musa, who represents Igalamela Odolu Constituency, said Idris had constantly disregarded house summons, requested that if he failed to appear, a warrant of arrest be issued on him.

The lawmakers unanimously noted that the commissioner’s decision not to honour the invitation of the committee was an affront to the house.The Speaker, Matthew Kolawole, ruled that “the house has the right, in accordance with the law, to invite anyone, including the commissioner.” Kolawole, however, directed the clerk to communicate to the commissioner to appear before the house in its next sitting.