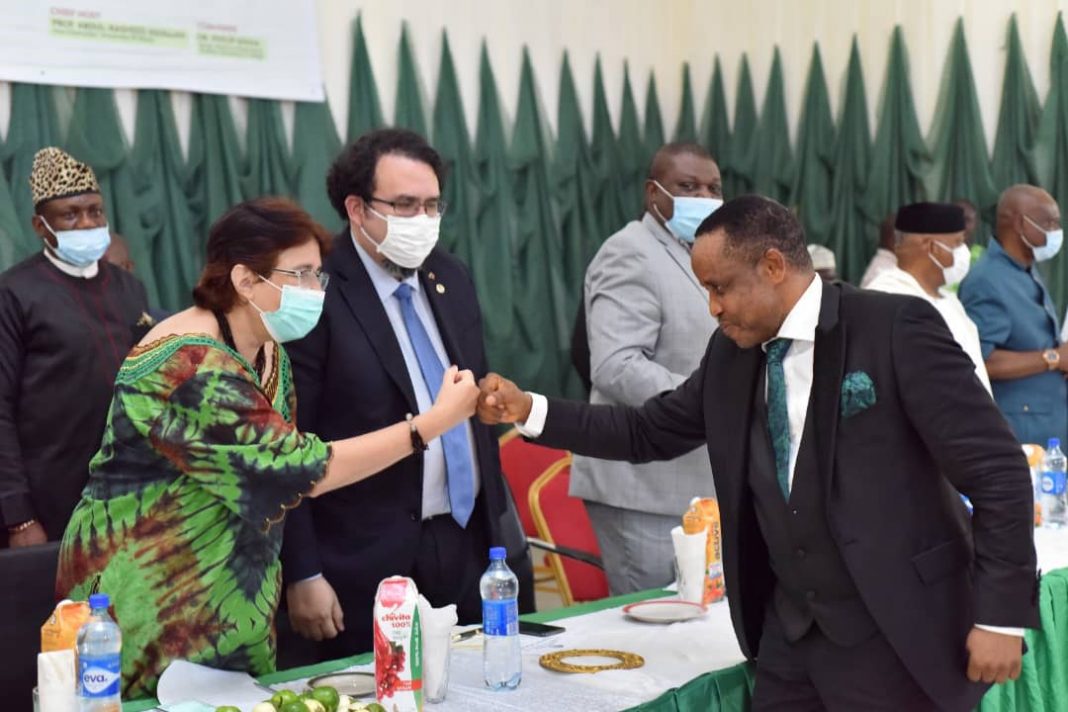 No fewer than 76 projects awarded to various contractors by the Niger Delta Development Commission, NDDC, which were hitherto abandoned, have been completed and handed over the Commission.

Interim Administrator of NDDC, Mr. Efiong Akwa, stated this Tuesday in Abuja while presenting a lecture on the role of NDDC in National Development during the 4th Democracy Lecture series of the University of Abuja.

The event, which was organized by the Department of History and International Studies, drew participants from all works of life to the Faculty of Management Science Auditorium of the main campus of the institution.

Mr. Akwa noted that the various contractors were concerned about falling into the hands of the forensic auditors, which, he said, forced them back to site, leading to the completion of over 76 abandoned projects.

The NDDC boss however informed the gathering that the government of President Muhammadu Buhari was transforming the Commission to be better equipped to discharge its mandate. He said this was evident in the completion and commissioning of the thirteen storey headquarters of the commission by the president.

In his words: “I want to say that by Thursday or Friday we should be able to handover the keys of our Aba Road office to Rivers State Government.

He disclosed that the Commission has also donated science equipment to schools, adding: “We have donated hepatitis vaccines to all the states in the region. Anywhere you come from, if you walk into any hospital Rivers State or any state in Niger Delta and say that you want to take hepatitis vaccine, it is given to you free.

“We have graduated over 200 ICT professionals. Currently, we are about to complete the 1000 bed space hostel in the University of Uyo and have completed the 64 flats police quarters in Omagwa, Rivers State. You can imagine all these projects being abandoned when billions of Naira has been sunk into them. We make sure that those things that were vandalised, we have put them back and are due for commissioning,” he said.

Earlier in his remarks, the Vice Chancellor, University of Abuja, Professor Abdul-Rasheed Na’allah noted that issues of development were vital to the survival and competitiveness of Nigeria.

He wondered why development has been difficult for the country, saying that “a greater part of Nigeria today still complains of unavailability of portable drinking water and other basic amenities.”

Professor Na’allah further stated that the creation of NDDC was fundamentally strategic to moving Nigeria forward and called on the various stakeholders to join hands in developing the region, which, he said, will in turn develop Nigeria.

The Minister of Niger Delta Affairs, Senator Godswill Obot Akpabio, who was represented at the event by his Chief of Staff, Sir Etekamba Umoren, thanked President Muhammadu Buhari for being committed to addressing the yearnings of Niger Deltans, saying that the recent commissioning of the NDDC headquarters and other life-touching projects were a testament to the fact that “President Buhari is committed to the development of the region.”

Highpoint of the event was the presentation of awards to deserving personalities, including the NDDC Interim Administrator, Mr. Effiong Akwa.