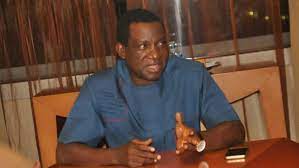 The Nigerian Bar Association (NBA) has faulted the statement credited to the Governor of Plateau State, Simon Lalong, that suspects arrested over the last Saturday attacks on commuters along Rukuba Road should not be granted bail.

Recall that the attack left no fewer than 22 persons dead, while other attacks had followed.

But the NBA in a statement by its Jos branch chairman, Yakubu Bawa,  said the governor’s order contravened Section 36(5) of the Constitution of the Federal Republic of Nigeria, 1999 (as amended) which guaranteed the presumption of innocence until proven guilty.

The statement reads partly, “Bail is a constitutional matter, which must be strictly adhered to at any giving time. Generally, a suspect is presumed innocent till he is proved guilty. Section 36 (5) CFRN 1999 (as amended), refers. No one shall be treated as guilty of the offence alleged at any time before conviction. Hence, the right to Personal Liberty of suspects under the constitution stipulates that such a suspect ‘shall be ‘brought before Court of law within a reasonable time.”

It added, “The Bar should not be misunderstood to be averse to punishing offenders in deserving cases.  Rather, investigation and prosecution of suspects should be done with strict regards to citizens’ fundamental rights.”