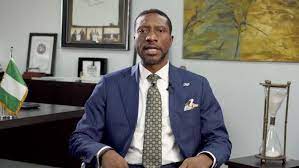 Specifically, the ASI dipped by 126.32 points, representing a decline of 0.32 per cent to close at 38,801.51. Similarly, the overall market capitalisation of listed equities depreciated by N66 billion to close at N20.216 trillion.

Analysts at Afrinvest Limited said: “ In the final trading session, we anticipate that the negative sentiment would persist on the back of profit-taking activities.”

Vetiva Dealings and Brokerage said: “Just as expected, we saw profit-taking activity in some names as the market closed bearish. We foresee a quiet close to the week as investors await half-year results of some of the Tier-1 banks.”

Regency Alliance Insurance rose by 7.14 per cent to close at 45 kobo, while Mutual Benefits Assurance gained 5.56 per cent each to close at 38 kobo.

AIICO Insurance lost 2.06 per cent to close at 95 kobo, while Japaul Gold and Ventures and Wapic Insurance shed 1.92 per cent each to close at 51 kobo.