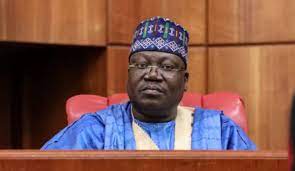 The Senate on Thursday insisted on a 3% allocation to host communities in the Petroleum Industry Bill (PIB), despite protests by southern lawmakers at the National Assembly.

The members of the upper legislative chamber adopted the report of the conference committee that recommended 3% as against the views of the southern lawmakers who had demanded for 5% for host communities.

The number in dispute is the percentage of the total operating expenses (OPEX) that oil companies are expected to contribute to a trust fund created for host communities. On Thursday, two southern senators George Sekibo and Seriake Dickson raised concerns over the approval.

Senator Sekibo said he is not part of the vote on the allocation clause and Senator Dickson said his privilege had been breached as his views were not accommodated.

However, Senate President Ahmad Lawan replied that the Senate had taken a resolution on the matter and could not go back on its decision.