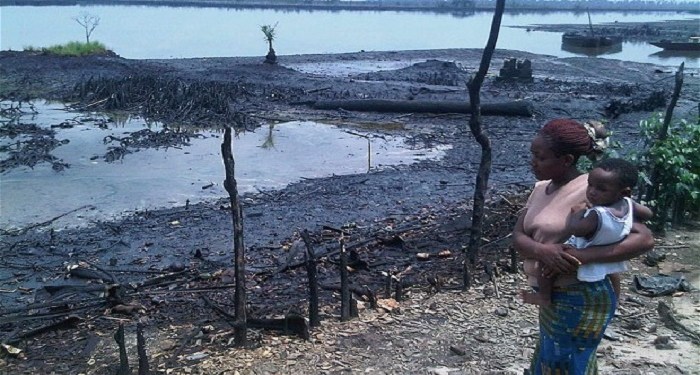 Shell Petroleum Development Company of Nigeria (SPDC) has said that there was an oil spillage at its facility in Ekeremor Local Government Area of Bayelsa State.

This is as the Nigerian subsidiary of the Anglo-Dutch oil and gas giant noted that the spill clean-up is progressing while the Joint Investigation report is at the conclusion stage.

The Publisher Nigeria learnt in a statement issued by the Media Relations Manager of SPDC, Mr Bamidele Odugbesan, saying that the spill, which discharged a yet to be ascertained volume of crude into the environment, occurred on June 15.

According to a report from the News Agency of Nigeria (NAN), Odugbesan dismissed claims by residents that the oil firm was yet to respond to the spill and said that the leak was promptly contained within SPDC’s right of way.

Odugbesan in his statement said, “On June 15, a leak was reported at a facility of the Shell Petroleum Development Company of Nigeria Ltd.’s Joint Venture at Opukushi in Ekeremo Local Government Area of Bayelsa. SPDC’s Emergency Response Team was promptly mobilised and it stopped and contained the spill within the SPDC JV right of way.

“Spill clean-up is progressing while the Joint Investigation report is being finalised for sign-off by the team comprising representatives of regulatory and relevant government agencies, the community and SPDC.’’

Meanwhile, residents of the host communities have expressed their reservations at the pollution caused by the oil spill and claimed that clean-up was yet to be carried out.

The head of the family hosting the oil well, Chief Bidei Oyinmo, said that since the spill occurred, nothing had been done to remediate the environment, stressing that the development had negatively impacted the predominantly fishing and farming settlement.

Oyinmo said, “The SPDC’s oil well No. 24 in its Opukushi oil flow station has been spilling and spreading crude oil into the swamps, creeks, ponds and the Dodo River.

“The spill has threatened our means of livelihoods and made things difficult for fishermen and residents in neighbouring Koromotoru, Azagbene and Bilabiri communities since about a month now.’’

He said the spill had stretched the people of the communities to their elastic limit hence the appeal to the government and relevant authorities to intervene.

This new leakage is the latest in a series of oil spillages by Shell which has put the multinational oil firm in conflict with host communities.

It can be recalled that in April 2021, SPDC confirmed that an oil pipeline spillage occurred at the Okordia-Rumekpe 14-inch crude truckline, that it was operating, discharging about 213 barrels of crude oil into Ikarama community in Bayelsa State.

The report indicates that about 1.34 hectares of land were polluted by the spillage which followed a rupture on the pipeline.

A Joint Investigative Visit (JIV) report on the incident confirmed that the incident took place on April 7, while the investigation was concluded on April 12 which concluded that the spill was an operational mishap traced to equipment failure which impacted nearby palm trees and fish ponds and subsequently recommended remediation of the site.

A report has suggested that Shell has reported over 1,000 spills with about 110,535 barrels of crude or 17.5 million litres lost since 2011, although some experts and stakeholders believe that the figure could be more in reality.