Home Business & Economy NNPC And Dangote Refinery: A Match Made In Oil 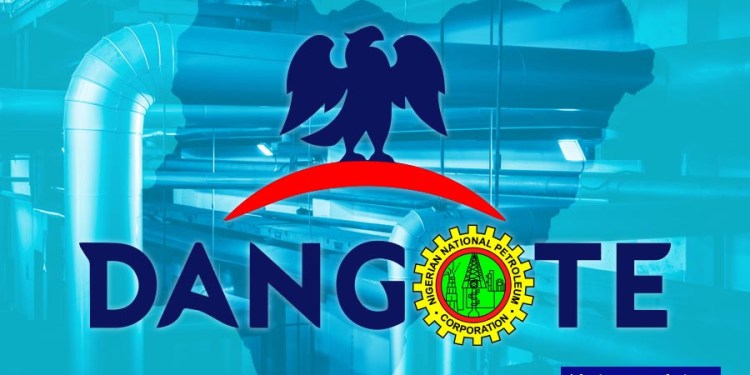 It is no longer news that the Nigerian National Petroleum Company (NNPC) intends to take up 20% equity in the 650,000 barrel-per-day Dangote Refinery under construction in Lagos.

The refinery, roughly valued at $19 billion is set to be the largest single-train refinery in the world and is expected to transform Nigeria from a net importer of refined petroleum products to a net exporter, increase its foreign exchange earnings, and help the country meet rising domestic fuel demand.

Is NNPC the right partner?

Still, the announcement by NNPC that it would be taking up equity in the refinery has generated much controversy, and for various reasons too. Topmost is the fact that the NNPC has a history of ineffectiveness and has come to be associated with corruption and financial malfeasance.

The 2014 report of $20 billion unaccounted for by the NNPC as well as the various subsidy scandals that have rocked the Corporation has wrecked its credibility. In 2020, the Corporation reported $154 billion losses from the Port Harcourt, Warri and Kaduna refineries, and according to its 2019 published audited statements, it had an accumulated loss of N474 billion. These disturbing numbers have engendered questions about the move by the national oil company to acquire equity stakes in what seems to be a potential road to prosperity.

What does the NNPC plan to achieve?

According to the Group Managing Director of NNPC, Mele Kyari, equity participation is in a bid to promote “national energy security and fiscal security.” He cited a government policy directive that mandated the participation of the Corporation in any privately-owned refinery that exceeds 50, 000 barrels per day capacity. Government sources have stated that the Corporation intends to take up equity in 5 other refineries; no details have been provided about the percentages or specific details of these refineries. This makes one wonder if the policy directive is perhaps more concerned with the Dangote refinery than the others.

A case for Nigeria’s energy security

Additionally, the argument for energy security, while well-intentioned, may fall flat on its face when one considers that with 20% and one board seat on the Dangote refinery board, NNPC will hardly have control of the activities of the refinery. Except for decisions that require consensus, ordinary resolutions and special resolutions will very well sail through without an affirmative vote by NNPC.

There was also some concern about whether public funds were going to be used to fund NNPC’s equity, but that seems to have been put to bed as Kyari has now confirmed that the NNPC will borrow from a syndicate being organized by Afrexim to fund its equity, and that the repayment of the loan will be from the cash flow and dividends from the refinery.

Potential issues with the NNPC’s financing

Still, NNPC seems to have failed to consider the medium to long term challenges that could affect refining margins, one of which is the global transition away from fossil fuels, especially considering the plant does not come onstream until late next year, or as some say, early 2023. Kyari, in fact, admitted when speaking about the refinery and NNPC’s equity in an interview that, “This is what we should have done 20 years ago.”