Home News Nigeria In A Limbo: Borrowing To Service Debt 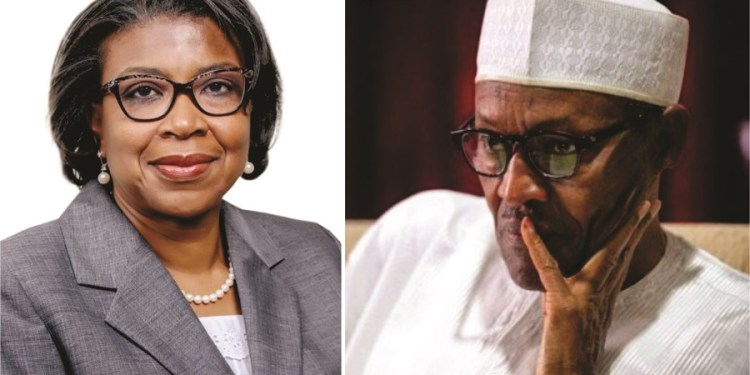 Borrowing to fund infrastructural projects by developed and developing economies is a norm as it helps enhance economic development. However, when borrowing is used to fund or service previously acquired loans, it becomes a problem as is the case with Nigeria.

According to information presented by the Minister of Finance, Dr Zainab Ahmed, Nigeria has spent a sum of N1.8 trillion on debt servicing between January and May 2021, despite only spending N973.13 billion on capital expenditure, and earning just N1.84 trillion revenue.

A cursory look at the data from the Debt Management Office (DMO) shows that Nigeria’s total loan profile increased to $87.24 billion as of March 2021 from $86.39 billion as of December 2020. This indicates an aggregated additional loan of $847 million within 3 months.

Despite these debt obligations, Nigeria continues to seek further domestic and external loans to run its affairs. The Senate recently approved the $6.1 billion loan requested by President Buhari, part of which would be used to partly finance the 2021 budget deficit.

Buhari signed a budget of N13.59 trillion for the 2021 fiscal year, from which N3.32 trillion was earmarked for debt servicing. This fiscal budget, however, comes with a deficit of N5.6 trillion, to be sourced from both domestic and foreign sources.

Nigeria’s revenue is currently underperforming its projections, with only 67% performance rate in the first 5 months of the year, while its debt servicing of N1.8 trillion had already surpassed its prorated N1.39 trillion earmarked for the period, which took Nigeria’s debt service-to-revenue ratio to a massive 98%.

The Nigerian government for the 2020 fiscal year budgeted a sum of N2.95 trillion for debt servicing but ended up spending N3.27 trillion to service previously acquired debts, while it received new loans of about N3.28 trillion. Doing the maths, we realised we are left with only N16.1 billion to fund infrastructural projects, if not spent on recurrent expenses.

Ebintoye Atte, a research analyst at United Capital plc hits on the effect of more loans on the Nigerian economy and the burden of spending more on debt servicing, despite low revenues. He opined that the high debt service fee will affect other capital projects that would have been done, assuming we do not have to pay so much on servicing loans.

He stated that “Nigeria will have to look towards other sources of revenue, as most of the current revenue is being used for debt servicing, which has affected most of our infrastructural needs.” He also, stated that Nigeria’s debt stock is being affected in the long term, with the new set of loans acquired.

A look at the historical data, Nigeria’s total public debt has grown by $19.51 billion (over N8 trillion) in the past five years and is poised to rise to over N40 trillion by 2024.

According to another research analyst, acquiring new loans has a positive and a negative side and he believes the Nigerian government has voted to acquire more loans, with the expectation that the necessity for the loans overwhelms the burden it brings.

As noted by an analyst, it would appear that “the cost of these borrowings is much greater than the benefits of acquiring the loans,” because Nigerians are hardly feeling the impact of these borrowed funds much less seeing the rationale for acquiring more.