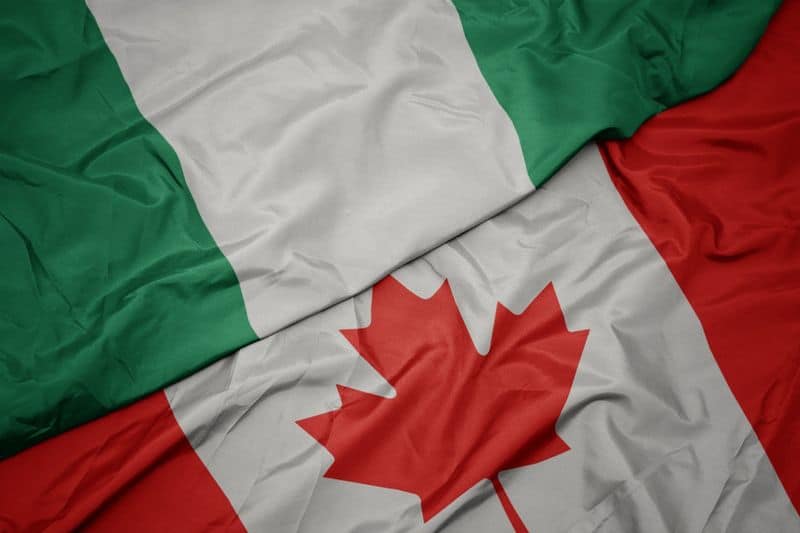 Avoid non-essential travel to Nigeria due to the unpredictable security situation throughout the country and the significant risk of terrorism, crime, inter-communal clashes, armed attacks and kidnappings.

Regional risk level – Avoid all travel
Avoid all travel to the following regions due to the risk of terrorism, armed attacks, kidnapping, intercommunal and sectarian violence:

the north-western states of Kaduna, Kano, Katsina, Sokoto and Zamfara
the north-central state of Plateau
the north-eastern states of Adamawa, Bauchi, Borno, Gombe, Jigawa and Yobe
the Niger Delta states of Akwa Ibom, Anambra, Bayelsa, Delta, Imo and Rivers (with the exception of Rivers’ capital city, Port Harcourt, where we advise against non-essential travel)

motorists
transportation hubs and networks
local communities
A state of emergency has been in effect since 2013 in the states of Adamawa, Borno and Yobe to account for the increase in incidents of terrorism in the area. Additional security personnel have been deployed to these states. Curfews are also in effect in cities across these states and in Maiduguri. Other curfews could be imposed in other cities in northern Nigeria or could change on short notice.

Local authorities could also interrupt telecommunication services in the northeastern states without notice and for indeterminate periods of time. Neighbouring states could also be affected by these service disruptions.

States of Plateau and Taraba
The states of Plateau and of Taraba are affected by sporadic episodes of inter-communal and sectarian violence. Since early 2022, there has been an increase in violent incidents, including bomb attacks which resulted in a large number of casualties. There has also been an increase in kidnapping cases in Plateau State. Further attacks and kidnappings are likely.

Niger Delta states
The security situation in the Niger Delta region is fragile and unstable, particularly in the states of Abia, Akwa Ibom, Anambra, Bayelsa, Delta and Rivers (except in Port Harcourt, where we advise against non-essential travel). Regional and ethnic conflicts between militant groups occur in the area and have led to higher incidents of violent crime and civil unrest. Armed robbery and kidnapping pose a significant threat in the Niger Delta states. Militant activity has also been directed at foreign interests. Armed groups have carried out successful attacks on oil facilities and workers, resulting in injuries and deaths.

If you choose to remain in the Niger Delta states despite this advisory, be extremely vigilant at all times
If travelling for business, ensure that meetings are held at a secure location and that your contact is known to you
Seek the advice of local authorities when planning trips and leave a detailed itinerary with family or friends

Piracy
Piracy is an ongoing threat in the Niger Delta states. Pirate attacks, armed robbery against ships, ship hijackings, kidnappings and hostage takings occur in coastal waters in the Gulf of Guinea. Mariners should take appropriate precautions. If you are on land, avoid shoreline areas at all times.

Insurgents in speedboats and equipped with high-calibre weapons pose a risk.

Abuja, Calabar and Lagos
Exercise a high degree of caution in Abuja, the Federal Capital Territory and in Calabar, the capital of Cross River State, where the security situation is more stable and facilities are relatively well developed compared to the rest of the country. Avoid non-essential travel to the rest of Cross River State, including the outskirts of Calabar, where seven people, mostly foreigners, were kidnapped in June 2016.

Exercise a high degree of caution in the city of Lagos, specifically within the area covering Ikeja in the north down to Lagos Island, Victoria Island and Ikoyi, and from Mile Two (west end of Lagos) to Chevron Estate on the Lekki Peninsula (east end of Lagos). Avoid non-essential travel beyond this area. The level of criminality in Lagos is high and incidents of violent crime, including assaults and armed attacks, have occurred against foreign nationals and in areas frequented by foreigners. Avoid all unnecessary travel after dark.

If you decide to travel to these cities you should stay in secure, guarded accommodations and maintain a high level of personal security awareness at all times.

Identification
Carry photocopies of your official identification at all times and safely store passports, visas and travel documents.

Crime
There is a high level of crime throughout Nigeria, including armed robbery, kidnapping for ransom, home invasions, carjacking and violent assault. Criminal activity is high in urban areas, including the city of Lagos, as well as on the northern border with Niger and Chad. Robberies and muggings conducted by large, well-armed groups, in places frequented by expatriates, are common. Some have been committed by persons posing as police or military personnel, particularly in the Niger Delta.

Petty crime
Petty crime, such as pickpocketing and purse snatching, occurs, particularly in crowded places such as public markets and popular tourist sites.

Ensure that your belongings, including your passport and other travel documents, are secure at all times
Avoid walking alone and displaying any signs of affluence in public
Do not leave valuables or bags unattended
Use caution when travelling to and from banks
Be particularly discreet when using ATM’s, as criminals could follow you to rob you
Should you visit a beach, particularly Lekki and Bar beaches on Victoria Island do so only during daylight and in large groups
Be wary of tourist excursions. Sign up with a reputable tour company

Kidnapping
Kidnappings of foreign and Nigerian nationals occur throughout Nigeria. They are a particular threat in North, North-East and Southern Nigeria.

Since April 2019, several kidnappings have occurred. Those crimes, often perpetrated by small groups of armed individuals, are indiscriminate. Residents and foreigners alike have been abducted and held captive, sometimes for days, until ransom was paid. Deaths have also been reported.

Throughout the Niger Delta states, numerous Westerners, mainly oil and gas facility workers, have been abducted, and, in some cases, killed. Remain especially vigilant in:

Warri, Delta state
in Port Harcourt, Rivers state
the states of Abia, Anambra and Imo
Kidnappings for ransom targeting Westerners have increased in the affluent areas of Lagos and the surrounding states of Ogun, Osun and Ondo.

Terrorism
There is a threat of terrorism, particularly in the northern and northeastern area of the country; however, attacks have been conducted elsewhere, including in Abuja. Numerous attacks on individuals, groups and security forces, occurred since 2018. Further attacks are likely.

government buildings, including schools
places of worship
airports and other transportation hubs and networks
public areas such as tourist attractions, restaurants, bars, coffee shops, shopping centres, markets, hotels and other sites frequented by foreigners
Always be aware of your surroundings when in public places.

Be particularly vigilant if attending sporting events and during religious holidays and other public celebrations, as terrorists have used such occasions to mount attacks.

Checkpoints
Police checkpoints are very frequent on roads throughout the country. Law- enforcement officers and gangs often use aggressive methods to extort bribes. This is a recurring security problem, especially along Nigeria’s borders. If you need assistance, you may contact the High Commission of Canada in Abuja or the Deputy High Commission in Lagos.

Curfews
Nigerian authorities impose curfews as a means to restoring order after violence erupts in volatile areas. Curfews are currently in effect for parts of Maiduguri, Adamawa State, Borno State and Yobe State. Curfews and restrictions on the movement of vehicles, can be imposed, amended and lifted at short notice throughout Nigeria.

Demonstrations
Demonstrations occur frequently especially in central Abuja and in other major cities. Even peaceful demonstrations can turn violent at any time. They can also lead to disruptions to traffic and public transportation.

Road safety
Road conditions and road safety are poor throughout the country. Drivers often drive at excessive speeds, and accidents are common. Visibility is poor due to lack of adequate lighting.

Rental cars are available in Nigeria, but you should avoid them. Major hotels and the customer service centres at the airports in Abuja, Kano and Lagos offer reliable car-hire services complete with drivers.

Be extremely cautious when travelling to and from the airport. All arrangements should be made prior to your arrival in Nigeria.

Arrange to arrive at the airport during the day and be met there by reliable contacts.
If transportation is not arranged by hosts or the hotel, hire cars and drivers from reputable security providers.
When arranging to hire a car and driver, be sure to agree on a price and all details before accepting.

Carjacking
Incidents of armed carjacking occur along main roads throughout the country, however they are of particular concern on:

the roads leading to international and domestic airport
on main highways between state capitals
in main cities, including Lagos and Abuja
Many strategies are used to stop cars on the road, such as nails being scattered on the road or individuals, including pregnant women, pretending to be injured.

Do not drive at night, especially outside of major cities, due to the increased likelihood of armed banditry and kidnapping. Criminals often target travellers along major transit routes such as the Abuja – Kaduna highway.

Keep windows closed and doors locked at all times.

Taxis
It has occurred that thieves hide in the trunk and emerge through the back seat once the taxi is in motion and rob the passenger.

Exercise caution when using taxis
If you must use a taxi, verify that you are the only one in the vehicle
Motorbike taxis, known in Nigeria as “okadas,” are dangerous. In several cities, okada drivers and passengers are required to wear helmets

Air travel
We do not make assessments on the compliance of foreign domestic airlines with international safety standards.

There have been several incidents of armed robbery at the Murtala Muhammed International Airport in Lagos. Some of these cases have resulted in death.

Confirm your transportation arrangements prior to your arrival.
Be wary of criminals posing as greeters at the airport
During the dry season, the Harmattan wind leads to high amounts of sand and dust in the air. Air travel within Nigeria can sometimes be restricted due to limited visibility. Occasionally, flights must be rerouted from their original destinations.

Swimming
Coastal waters can be dangerous. Riptides are common. Several drownings occur each year. Follow the instructions and warnings of local authorities.