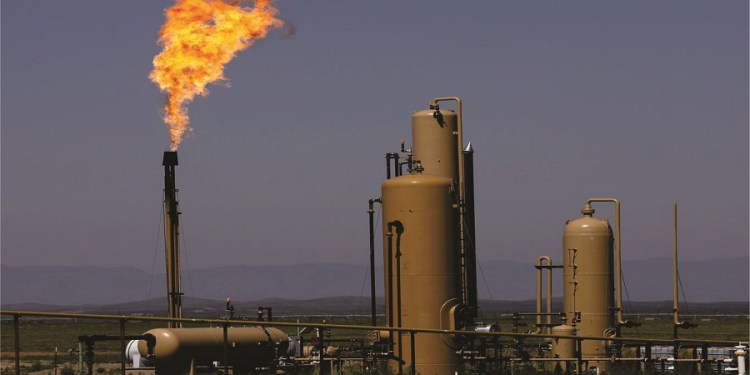 What does this mean for Nigeria?

Nigeria’s crude oil and natural gas resources are the mainstay of the country’s economy. According to the EIA, Nigeria has an estimated 200.4 trillion cubic feet (Tcf) of proved natural gas reserves by the end of 2019 which puts it as one of the highest in Africa.

Nigeria exports natural gas primarily as LNG. According to S&P Global Platts Analytics, Nigeria’s LNG exports in 2020 stayed strong and totalled 27.6 Bcm of gas equivalent, down 1% on 2019 and not far off the 30 Bcm/year (22 million mt/year) capacity of the six-train Nigeria LNG (NLNG) facility.

The Minister of State for Petroleum Resources, Timipre Sylva, further added that “If we really aim to look for gas dedicatedly, we will find up to 600 trillion cubic meters of gas.”

This discovery would be an unwelcome development for Dr Fatih Birol and the International Energy Agency. Recall the IEA said that the “exploitation and development of new oil and gas fields must stop this year and no new coal-fired power stations can be built if the world is to stay within safe limits of global heating and meet the goal of net zero emissions by 2050.” From an environmental standpoint, this is a great concept.

However, Timipre Sylva has reiterated that the country’s transition from gas to renewable fuel will be gradual when it has fully utilised the benefits associated with gas.

The Minister added that “We are also transiting and that is why we are talking about gas. We are seeing gas as a bridge to renewable fuels.” He also stressed the point of resource utilization in his following statement – “The belief in the industry is that if we have this kind of vast resource and we have not tapped it, why should we abandon it and move to renewables?”

This stresses the points made by critics of the IEA’s Net-zero emission target. Underdeveloping and third-world countries are suffering energy poverty and are yet to fix their energy deficiencies.

YOU MAY ALSO LIKE:   Fear Grips Diplomatic Community Amid Worsening Insecurity In Nigeria

The goal of net-zero by 2050 is not feasible. Africa needs oil and gas. It is unfair for African nations, which together emitted seven times less CO2 than China last year (2020) and four times less than the US, according to the Global Carbon Atlas to be given the same targets.

The priority of Nigeria would and should be the provision of energy for their citizens and coffers. The NLNG is one of the profitable ventures for Nigeria. The Nigerian Liquefied Natural Gas (NLNG) has generated $114 billion in revenues over the years with $9 billion in taxes.

YOU MAY ALSO LIKE:   Breaking: ‘Buhari Must Go’ Protest Rocks Ibadan

The Federal Government’s move to fully utilize the country’s gas potentials has offered Nigeria the opportunity to diversify its economy and reduce the dependence on oil as well as drive the industrialization plans of the government. The Federal Government in a bid to fully tap into the country’s gas potentials started the process of commercializing gas flares, developing industrial and transport gas markets, and increasing gas to power.

Research shows that natural gas is one of the safest and cleanest fuels available. It emits less pollutants than other fossil fuel sources. When natural gas is burned, it produces mostly carbon dioxide and water vapour – the same substances emitted when humans exhale.

Compared with some other fossil fuels, natural gas emits the least amount of carbon dioxide into the air when combusted – making natural gas the cleanest burning fossil fuel of all.

With this in mind, Nigeria must proceed for net-zero at a pace that makes sense locally. “Global gas demand is forecast to grow by 1.5% on average per year out to 2025, providing an incentive to ensure Nigeria’s large gas fields are developed as soon as possible.”

Nigeria deserves the chance to capitalize on its own oil and gas to strengthen itself, rather than being bullied onto a path determined by Western institutions that don’t face the same obstacles.