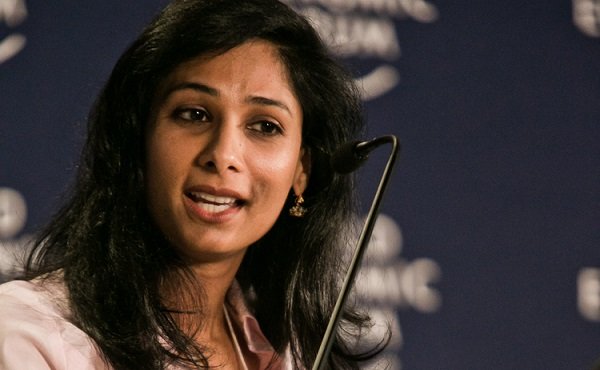 Thepublisherngr.com reports that Nigeria and other emerging markets whose economies were hit by Coronavirus (COVID-19) should take more loans to pave the way for their quick recovery from the effects of the pandemic, the International Monetary Fund (IMF), said yesterday.

The advice was in a report posted on the IMF website titled: “Exiting the pandemic with minimal scarring will require policy action on several fronts”.

IMF Director of Research, Gita Gopinath, said more than 150 economies are expected to have per capita incomes below their 2019 levels in 2021 due to the impact of the pandemic.

The National Bureau of Statistics (NBS) data showed that the Nigerian economy plunged into its second recession in the third quarter of last year, following the adverse impact of the pandemic.

Gopinath said more than half of the emerging markets and developing economies, including Nigeria, whose per capital incomes had been converging toward those of advanced economies over the past decade, are expected to diverge over the next few years.

He said: “Some of the policy actions to be taken”, include accessing more loans, especially now that the interests on the loans have drastically reduced.

“Averting the divergences in growth prospects and exiting the pandemic with minimal scarring will require policy actions on several fronts.”

YOU MAY ALSO LIKE:   2023: Over One Million Bags Of ‘Tinubu Rice’ Flood North East

But, Gopinath said many countries can ramp up spending by borrowing and still maintain debt at sustainable levels because of historically low borrowing costs that are expected to stay low for the foreseeable future.

She, however, cautioned that spending should be prioritised for health and transfers to the poor in countries with limited fiscal space.

Gopinath said: “International organisations and bilateral donors must ensure that these countries have adequate access to concessional financing and grants to support critical spending.

“Expanding the IMF’s Special Drawing Rights (SDRs), an instrument that was designed precisely for a global crisis like the one we are living through, should also be considered.”

YOU MAY ALSO LIKE:   FG Takes Fresh Decision On Banned Emirates Airlines

Gopinath said for the hardest-hit countries, – especially those that entered the crisis with high levels of debt distresss, globally-coordinated measures to provide debt relief, and in some cases outright debt restructuring under the new Common Framework agreed to by the G20 countries, may be inevitable.

The IMF report also said that nearly 90 million people are expected to fall into extreme poverty during 2020 and 2021, reversing the trend of the past two decades.

The pandemic has not just inflicted short-term economic damage, it has left potentially long-lasting scars that can further exacerbate divergence.

Gopinath said while the remarkable success in developing vaccines provides hope of conquering the pandemic, fresh waves of the disease and a mutating virus portend uncertain times and risky prospects for 2021.

On the medical front, she said advanced economies and some emerging market, and developing economies have secured substantial doses of vaccine and initiated large vaccination drives that hold out hope for faster easing of containment measures and stronger recoveries.

YOU MAY ALSO LIKE:   GTBank Pays N3 Dividend To Shareholders

She said: “The crisis has had not only health consequences, it has wreaked havoc on many livelihoods. While advanced economies have the fiscal space to extend widespread measures to support economically devastated households, other countries, especially those with scarce fiscal space, will face difficult trade-offs.

“To avert an even greater divergence in economic prospects, all countries must continue to support livelihoods and keep viable firms afloat until they are certifiably past the crisis.

“A chief concern is school closures, which threatens the livelihoods of a generation of children. These disruptions have been particularly costly in emerging markets and developing economies, where remote learning is practically infeasible.

“Left unaddressed, this diminution of skills and educational attainment can have lifelong implications—exacerbating inequality and precipitating social unrest.

“Governments must swiftly take action to ensure that all school-age children can benefit from distance learning. They must provide vouchers to enable families to buy computers and other IT equipment, ensure the return to school of the large number of students from poorer households who dropped out, and create programmes to allow students to make up for lost learning.”