Home Politics Watch As Tinubu Says ‘Power Must Be Grabbed, Snatched At All Cost’... 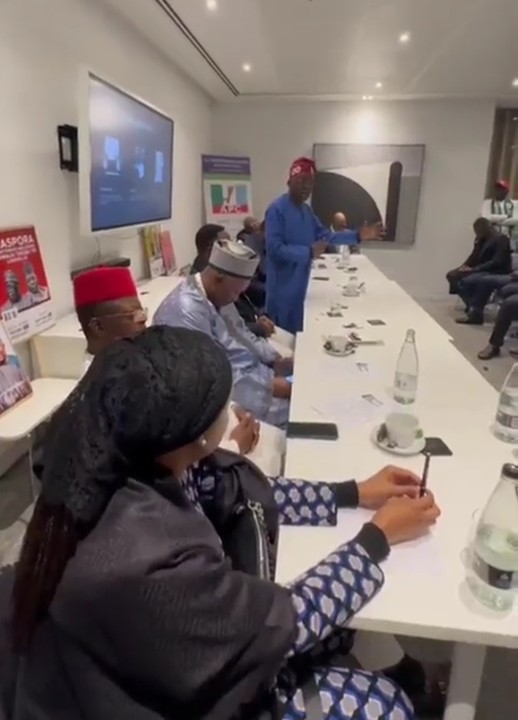 Since his emergence as Lagos governor in 1999, Mr Tinubu has maintained a stranglehold on the politics of Nigeria’s commercial capital.

Presidential candidate of the All Progressives Congress in the 2023 elections, Bola Tinubu has charged top campaign operatives to “fight”, “grab” and “run [away] with” political power.

Mr Tinubu was seen in a video giving the charge to some top party operatives in London. He has remained in the United Kingdom after attending a Chatham House engagement earlier in the week.

“Political power is not going to be served in a restaurant. They don’t serve it a la carte. At all cost, fight for it, grab it and run with it,” Mr Tinubu said.

Since his emergence as Lagos governor in 1999, Mr Tinubu has maintained a stranglehold on the politics of Nigeria’s commercial capital.

His admirers cast that as a testimonial of his political dexterity but opposition says the former governor deploys ruthless methods, including visiting violence to scuttle voting in opposition strongholds.

The APC flag bearer is seen as the leading candidate for next year’s polls but he faces stiff competition from veteran contestant and former vice president Atiku Abubakar. Peter Obi, a former Anambra governor, is also showing promises of a strong showing in the election which some analysts say might be largely influenced by ethno-religious sentiments.