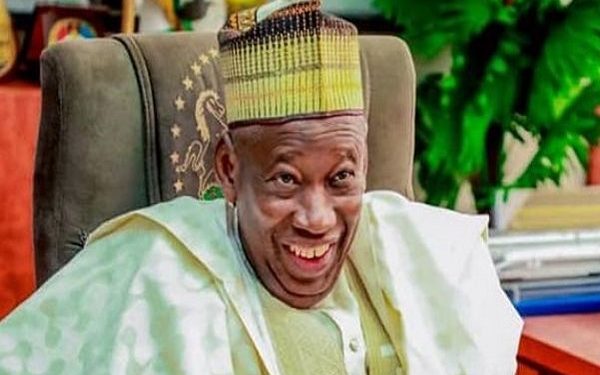 Ganduje made this assertion while speaking in an interview with Channels Television’s Politics Today on Monday.

The Kano state governor challenged Kwankwaso, his predecessor to hold a rally in the state to test his popularity.

Ganduje defended the large turnout of supporters for Tinubu in the state earlier in the day.

He said, “Kwankwaso is a presidential candidate, there is no doubt about that. But equally, we are on the ground and many of his people are now in our political party,” he said.

“So, if Kwankwaso thinks that he can win the party, let him hold a march like this and compare what will happen if he can do so.”

On the possibility of his party losing ground to another of his predecessors turned political rivals, Ibrahim Shekarau, Ganduje questioned the political relevancy of the former Minister of Education over his switching of allegiance.

He said, “Pertaining to Shekarau, we won our election without Shekarau. Later, we invited him into our party and he decided to leave the party to Kwankwaso’s party.

“Later on, he left that party to Peoples Democratic Party (PDP) where he was originally. So, you can see that these are nomads in politics. You expect that people who run from one party to another will lose followers.

“Once you change your political party, you cannot carry everybody to where you want to go. You will leave some followers. He left a majority of his followers in APC and then he left others in NNPP. He then left many there. Where he is now, well, we will live to see,” he said.