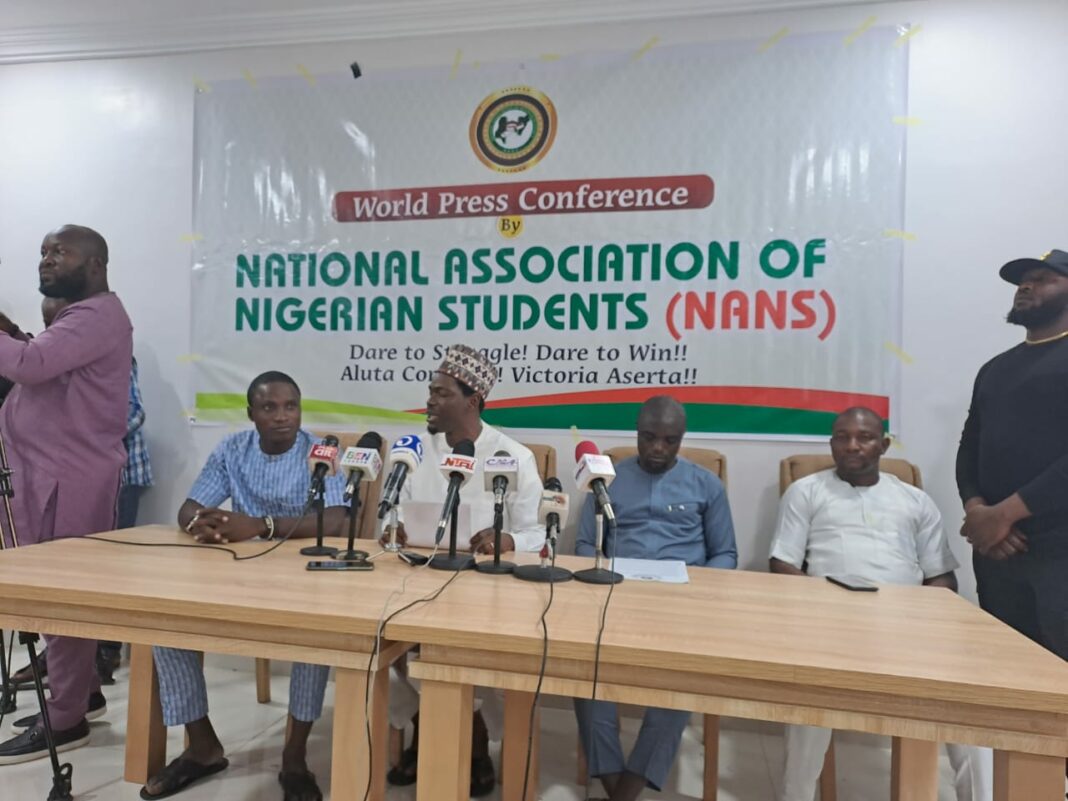 Faruk insisted that until the strike is called off, the students would not relent in street protest and blockade of roads and public institutions across cities of Nigeria.

It was gathered that because of the threat issued by NANS to shut down airports across the country following the 7-month-old strike by the Academic Staff Union of Universities (ASUU) over unpaid accumulated welfare, the Federal Airports Authority of Nigeria (FAAN) has beefed up security around the major airports.

Some critics have, however, faulted the decision of NANS to shut down the airports as a wrong decision that would not bring the required solutions.

President, Academic Staff Union of Universities (ASUU), Professor Emmanuel Osodeke had Thursday said that the union would be willing to call off the seven-month-old strike if a concrete agreement is reached with the Federal Government.

ASUU and the Federal Government are in Court over the prolonged strike but Osodeke, speaking in Abuja at a National Town Hall Meeting on Tertiary Education tagged: ‘ The Locked Gates of our Citadels -A National Emergency said this could only be achieved if concrete agreements were reached with the Federal Government.

Osodeke said: “On all these issues, we have given the government a minimum that we can accept, but they have not responded on the issue of revitalisation, on the issue of earned allowance and on issues that we have all discussed.

”We negotiated and agreed that they should sign and this is very simple, not more than one day.

”On UTAS and IPPIS, we say release the report of the test you did and let’s look at the one who came first and take it as we agreed.

”So we have given them the minimum we want and we have to come down and they can do it in one day if there is a will,” he said.

Some of the contentious issues that led to the strike by the unions include the non-release of the revitalisation fund, non-payment of earned allowance (or earned academic allowance), renegotiation of the 2009 Agreement, and the release of white paper for the visitation panel.

Others are non-payment of minimum wage arrears and the inconsistency occasioned by the use of the Integrated Payroll and Personnel Information System (IPPIS).

The aggrieved students had last week blocked Lagos/Ibadan expressway threatening to continuously block major highways in Southwest states until the federal government yields to their demands by ending the ongoing strike.

NANS South-West Coordinator, Emmanuel Olatunji, said: “We know the protest might lead to suffering for other road users. We decided to do that because we knew that our parents were doing nothing. We want them to also feel the heat; we are sending a signal to the federal government and our parents.

“We will protest at different locations where we know that it might affect the Federal Government. After doing this protest at two to three major highways, then we will move the protest to government parastatals.”