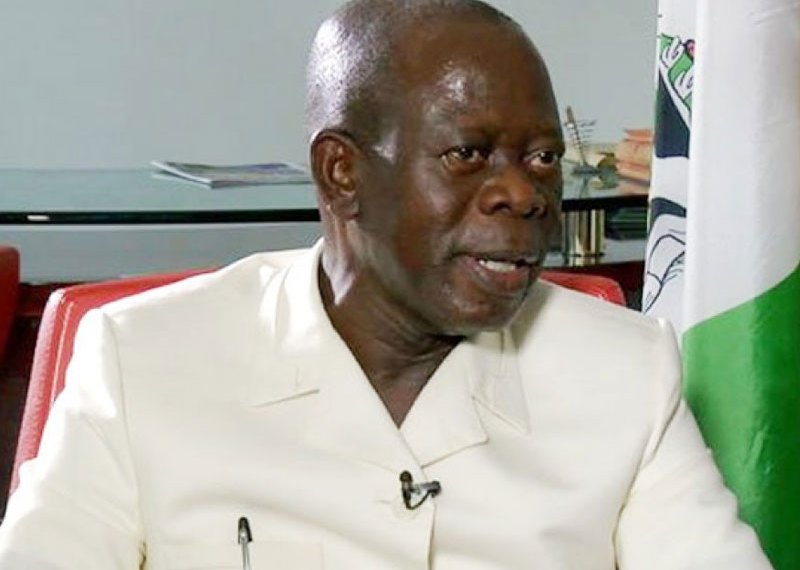 Adams Oshiomhole, a former National Chairman of the All Progressives Congress, APC, has reacted to comments by a former Secretary to the Government of the Federation, SGF, Babachir Lawal, over the party’s Muslim-Muslim presidential ticket.

Oshiomhole said Nigerians should differentiate between a Christian by mouth and a devil by heart.

He wondered why Lawal, who was involved in a grass-cutting scandal, could counter APC’s Muslim-Muslim ticket.

Appearing on Arise TV on Wednesday, Oshiomhole stressed that the APC presidential candidate, Bola Tinubu was a better Christian.

He pointed out that Tinubu has been married to a Christian for almost 40 years with children practicing both Christian and Muslim faith.

According to Oshiomhole: “Evil people who are on record are being prosecuted for misappropriating money that a Muslim president appropriated in favour of Christian children that were displaced and were converted to grass-cutter, have become the new voice of Christianity.

“We must make a distinction between Christian by mouth and devil by heart who want to see Nigeria engulfed in a war nobody can win.

“Who is a better Christian in the Nigerian contest? Somebody like Asiwaju who has a Christian wife of about 40 years with no record of divorce, with four or five children; some are Christians and others Muslim.

“That is an example of what a nation should be.”

Lawal had condemned Tinubu’s decision to pick Kashim Shettima as his running mate.

The former SGF said APC’s Muslim-Muslim ticket was a plot to Islamize the country.

Recall that the Economic and Financial Crimes Commission, EFCC, had prosecuted Lawal along with his younger brother, Hamidu David Lawal over fraud involving grass-cutting.

Others are: Suleiman Abubakar, Apeh John Monday, and two companies, Rholavision Engineering Ltd and Josmon Technologies Ltd on a 10-count charge, bordering on fraud, diversion of funds, and criminal conspiracy to the tune of N1.1 billion.