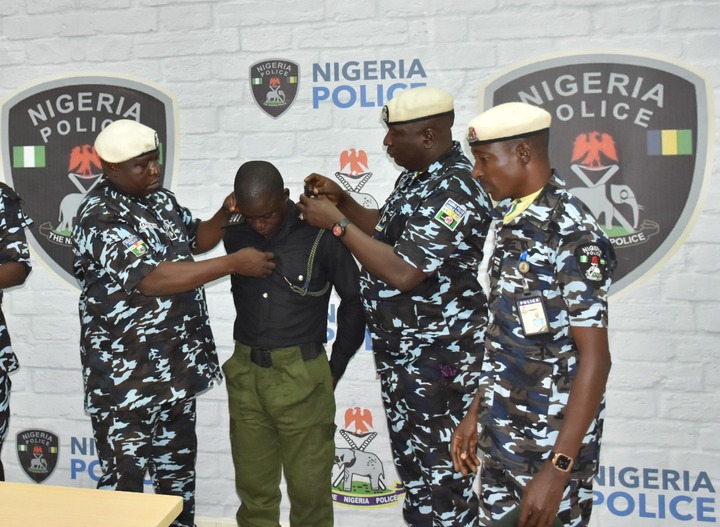 It would be recalled that on the 25th of July 2022, a video had gone viral on social media and in the video, a policeman later identified to be Mr Richard Gele could be seen saying he does not collect change and that he collects a reasonable amount of money as bribe.

Interestingly, the Police Force got wind of the viral video and acted on it. The Policeman, according to the information shared by the Nigerian Police Force, was subjected to internal investigation leading to his dismissal and de-kitting from the Force. 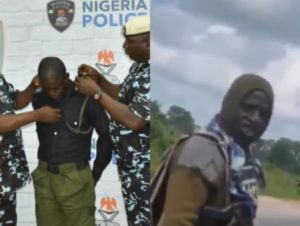 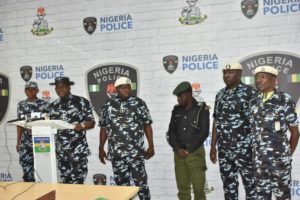 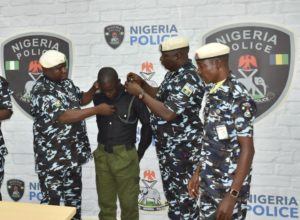 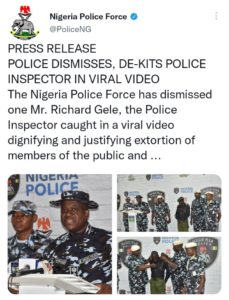 The Nigerian Police Force revealed that the affected policeman was attached to the Police Mobile Force squadron at Okene, Kogi state and that he had been deployed to the Itobe – Anyigba road for the safety of road users when the incident happened.