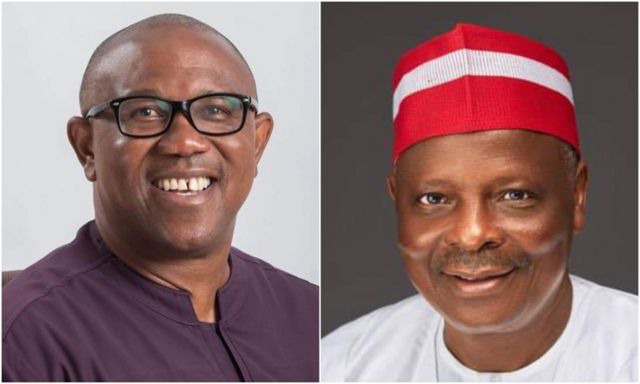 Kwankwaso, who featured on Sunday Politics, a Channels Television political show, noted that it is highly likely that his party will meet Obi to discuss issues of coming together to work as a family.

He stressed that the alliance will be imperative so that Nigerians would have an alternative to the ruling All Progressives Congress, APC and the opposition People’s Democratic Party, PDP.

Kwankwaso specifically stated that the ruling APC and its counterpart PDP have failed Nigerians.

The former Governor of Kano State the NNPP Committee has been working to meet with Obi with a view to working together to take the leadership of the country at all levels.

Asked if he was optimistic about alliance with Obi, he said, “I believe it will happen, but I believe also that there are some challenges that we are having especially from the side of Labour Party itself because there are so many influences.

“Some on their side positive and even negative side. We have a situation today where there are some people who are in others parties who are also influencing the decision of that party, which I believe is not good for the party,” he added.

Kwankwaso, who said he has been to different parts of the country, expressed concern over the situation of the country in terms on economy, security, education and infrastructures.

He said the people of the country are yearning for change, adding that it will only be fair for the two parties to come together to bring real alternative for Nigeria.

He said, “I’m happy to say that even at the moment the the NNPP, even though very new in some ways just about some four months, but it’s everywhere in this country, even beyond our own expectation.

When asked possibility of merger ahead of the 2023 presidential election, the lawmaker said he believes there are so many modalities that could be worked out in order to work together.

“For me, I have seen an opportunity for the South East to be relevant in the next dispensation. In PDP they are completely out so also in the APC. The only opportunity now is the NNPP,” he said.

Speaking on the claims that the South-East has been marginalized, Kwankwaso further said it will be worse if the region is not involved in the 2023 project.

He said it will be worse for South East because “Labour Party as it stands today certainly can not win election.

“Their support is in one particular zone, there’s just not spread. The figures there can not earn anybody presidential seat in this country,” he said.