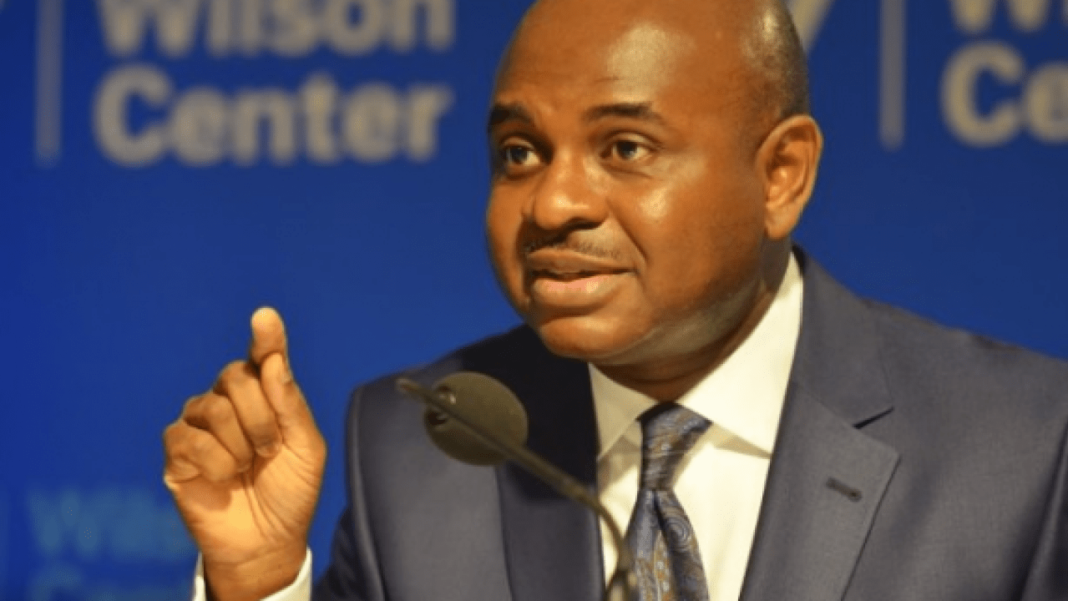 Kingsley Moghalu has dumped ADC ahead of the 2023 election.

This online news platform recalls that Moghalu lost in the primaries to the founder of Roots Television Nigeria, Dumebi Kachikwu, on June 8, 2022. Kachikwu garnered 977 votes in the primary election of the party that was held in Abeokuta, Ogun State.

Kingsley Moghalu, who was the presidential candidate of the Young Progressives Party (YPP) in the 2019 elections, could only poll 589 votes at the ADC Primary election.

Moghalu in a letter written to the National Chairman of ADC, Chief Okey Nwosu, claimed the conduct of the election “revealed a fundamental clash of values between me and your leadership of the party.”

The former CBN Deputy governor said his resignation is with immediate effect while noting that his sacrifices for the party was jettisoned for an immediate gain during the primary election and accused Nwosu of not providing a level playing field contrary to his memo to the aspirants before the contest.