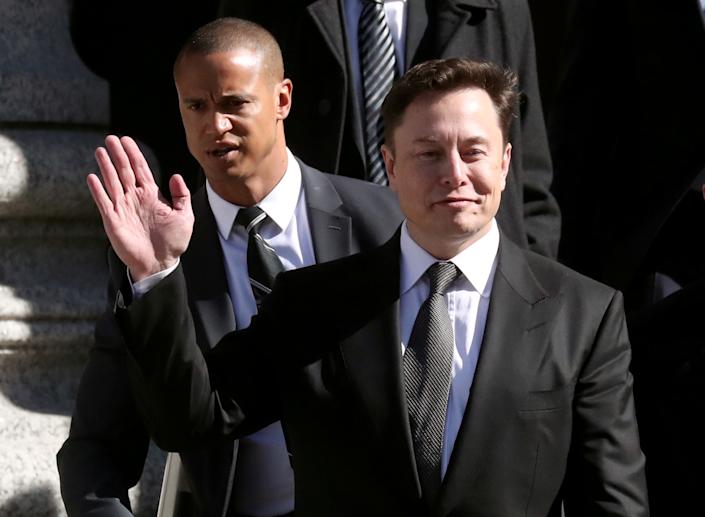 Elon Musk’s ongoing disputes with the U.S. Securities and Exchange Commission (SEC) over Twitter (TWTR) posts became more convoluted this week when an SEC filing revealed that the Tesla (TSLA) CEO had become the social media company’s largest shareholder and a subsequent filing showed Musk’s appointment to its board.

Musk acquired a 9.2% stake as a passive investor in Twitter, the social media platform at the heart of a nearly four-year legal battle between Musk and the agency in addition to being a company that Musk has specifically questioned for allegedly treading on free speech. Late Tuesday, he filed another disclosure changing his passive investor role to an active one.

Securities experts say that, in theory, Musk’s new ownership interest in Twitter should not influence his current legal battle with the SEC. However, his filings could invite new conflict.

“Mr. Musk is entitled, so long as he is acting in a legally compliant manner… to amass this ownership as a passive investor,” Marc I. Steinberg, former SEC enforcement attorney and professor at Southern Methodist University’s Dedman School of Law, told Yahoo Finance. “As far as what the SEC may do, that’s a matter of conjecture.”

‘It certainly will get the SEC’s attention’

In 2018, Musk agreed to settle the SEC’s claims that certain tweets of his ran afoul of securities law. In a consent decree, Musk agreed to have Tesla pre-approve his tweets and other written communications that could contain information material to Tesla or its shareholders.

But in February 2022, Musk and Tesla accused the SEC in court documents of illegally using its subpoena power to investigate his and Tesla’s compliance with the agreement. On March 8, Musk requested that the court terminate or amend the consent decree. So far, the court has not yet ruled on the request.

Under SEC rules, shareholders who acquire more than 5% ownership in a publicly traded company must disclose their interest within 10 days of the acquisition. Musk signed his passive investor filing outside that timeframe, 21 days after his reported March 14 purchase of the shares.

At a minimum, Musk’s failure to meet an established disclosure deadline provides poor optics to the New York federal court handling his request to undo the 2018 settlement agreement with the SEC, according to the experts. Additionally, his filings appear as if they may provide the SEC with new hooks to allege more securities violations.

According to Steinberg, Musk also may have filed the wrong form initially when he indicated his role as a passive rather than active shareholder. SEC rules require shareholders to make that distinction public, which indicates the shareholder’s authority to directly or indirectly influence the management or policies of the company.

“If he had discussions to join the board…then clearly he was not being a passive investor,” Steinberg said, noting Twitter CEO Parag Agrawal’s announcement that conversations with Musk in “recent weeks” made it clear to the company that Musk would bring value to its board.

“I think he has enhanced liability exposure,” Steinberg said. “It certainly will get the SEC’s attention.”

A matter of passive or active investing

He did note, though, that how the SEC responds to Musk’s Twitter holdings may depend on the Tesla CEO’s role as an active investor versus a passive one.

“The law clearly allows investors to make such a change [from passive to active],” Kluegel told Yahoo Finance. Still, he said, the change requires Musk to publicly file with the SEC as an active investor and to observe a cooling off period, during which he is prohibited from making acquisitions of new shares and from casting votes on his shares.

Chester Spatt, former chief economist for the SEC and professor of finance at Carnegie Mellon University’s Tepper School of Business, suspects that Musk has undermined his posture towards the SEC by giving it and the public late notice of his stock accumulation.

“I think it further weakens his position,” Spatt told Yahoo Finance. “I think that’s a big deal under the circumstances of his already being on a short leash. I can imagine that the commission pursues that.”

On the other hand, he says, Musk exposed shareholders’ lack of faith in the company’s management, evidenced by the rally that his interest in the company produced in Twitter’s stock price.

Usually, investors file as passive investors so that they can continue buying up shares without pushing up a company’s stock price, Kluegel said, but in this case, “the price spike occurred even with the passive filing, indicating that the market doesn’t really believe Musk’s stated intentions.”

Spatt added that “usually even a takeover bid doesn’t produce this type of valuation response. And that’s to Musk’s credit.” At the same time, he added, Musk’s failure to comply with the SEC’s deadline opens another problematic door: “I would doubt you can thumb your nose at a regulator quite like that.”