Home Cryptocurrencies Binance: 30% of the cases are Law Enforcement Related 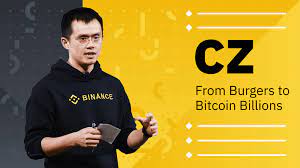 According to Emmanuel Babalola, the African director at Binance global exchange, in an Ask Me Anything (AMA) session to address the accusation levied against the exchange, he explained that 30% of the cases complained about on social media are law enforcement related.

In the AMA session joined by Damilola Odufuwa, the PR lead for Binance Africa and Ben Nsikan, the community manager for Binance Africa, the team set out to address various issues that have been raised around social media, particularly about the world’s global exchange, locking accounts of its African users, particularly its Nigerian users.

According to Emmanuel Babalola, he explained that approximately 200 people filled the forms the exchange put out on social media. He stated, 30% were related to stolen cryptocurrencies and were cases with law enforcement while 70% were general issues that related to KYC requirements.

What You Should Know

On Wednesday, there were complaints on social media by multiple users of the Binance global exchange, accusing the exchange of blocking accounts for weeks and months without any feedback or reason from the exchange

It was the third trending topic on Twitter with over 25,000 tweets on Wednesday. On Thursday, it was also among the top 5 with over 10,000 tweets, going with the hashtag, #BinanceStopScamming.

Emmanuel stated, “There have been around 200 cases on the forms we circulated across social media and through the person that started the hashtags. Among them, 30% of the cases were related to law enforcement and users that have any connection with law enforcement have been notified.”

He further stated, “for the majority of the cases, that is the other 70%, are mostly due to KYC issues. Since we started mandatory KYC, a bunch of people had several accounts that they used multiple emails to operate on the platform and so, our risk tools flagged those accounts.” Emmanuel further added that less than 0.001% of our users in Africa have been affected.

The team went on to assure that they will do better in terms of communications and giving feedback to customers in general when responding to users who complained about poor customer service from the exchange.

Many Nigerians, due to the ban on cryptocurrencies by the apex bank, the Central Bank of Nigeria (CBN), have been forced to participate in the market through P2P exchanges, telegram groups and WhatsApp groups, where buyers and sellers alike come together to exchange tokens for cash. These methods although an alternative is still relatively flawed as there is a high crime rate as it largely depends on trust.