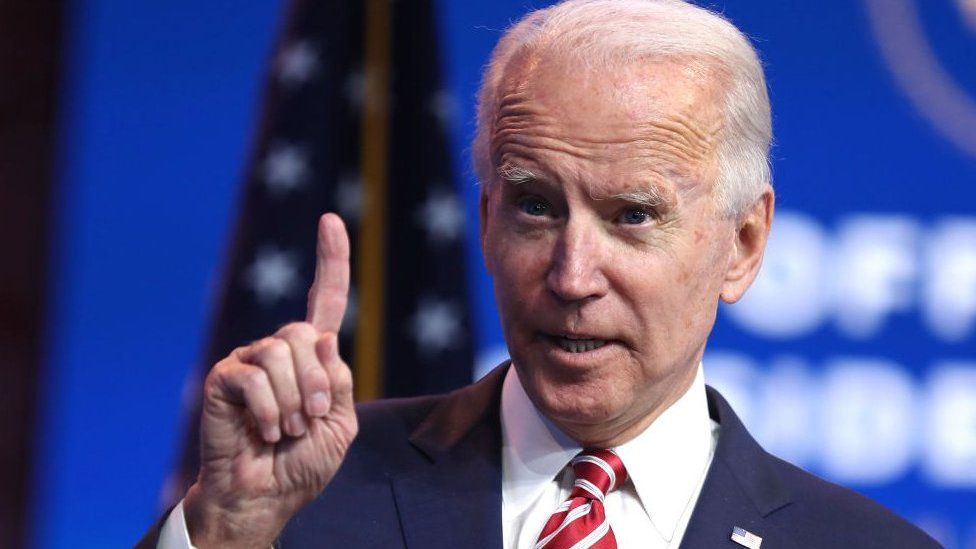 The last week of Joe Biden’s first year as president has probably been his worst so far.

Inflation hit 7%, the highest level since 1982. Retail sales fell by the most in 10 months. The Supreme Court blocked Biden’s vaccine mandate for most employers. Stocks are starting 2022 in a slump, as investors fret about inflation and rising interest rates. Hospitals are filling with COVID patients once again and Americans are in the foulest mood since Biden took office last January.

Biden is about as seasoned as a Washington insider can get, yet he’s violating a cardinal rule of politics by digging the hole he’s in even deeper. For some reason, this week, Biden gave a big speech on why he now thinks it is necessary to alter the Senate’s arcane filibuster rules to pass an aggressive voting-rights reform bill that has no Republican support. A handful of senators from his own party quickly shot down the idea, as if the White House never thought to check with them beforehand. The voting bill appears to have no chance. So Biden spent scarce political capital on a measure his own brain trust should have known was doomed to fail. The Democratic Party is now as inept as the GOP is corrupt.

Here’s a sampling of recent headlines from political media, as Biden wraps up his first term:

Analyst Greg Valliere of AGF Investments wrote on Jan. 14 that he detected a “whiff of panic” in the administration as “Joe Biden stumbled through his worst week as president.” Most people don’t read The Hill or get Valliere’s newsletter, but these characterizations are important because they climb the information food chain and shape public views. On cue, a new Quinnipiac poll found Biden’s approval rating at a disastrous 33%. Other polls rate Biden higher, but in terms of popularity, Biden is now in a race to the bottom with the despot he defeated in 2020, Donald Trump.

Why is Biden imploding? The short answer is he’s getting some bad breaks while trying to please too many people. But it’s worth breaking Biden’s troubles into two categories: The things he can control, and the things he can’t.

Inflation isn’t Biden’s fault. He erred last summer by suggesting it would be temporary and basically gone by now. That created expectations Biden has failed to fulfill. But Trumpy hyperventilating about too much stimulus or green-energy voodoo or infrastructure spending that hasn’t even happened yet largely misses the mark. Inflation is mostly due to ongoing pandemic-related distortions and a surge in spending on goods that were already scarce because of kinked supply chains. No Biden policy made that happen.

The Delta and Omicron COVID surges aren’t Biden’s fault, either. Biden clearly didn’t see them coming, but almost nobody did. Those surges have perpetuated self-imposed lockdowns and the continued demand for scarce goods, making inflation even worse. This doom loop drives most economic worries, in fact. Stocks are wavering because the Federal Reserve now seems likely to hike interest rates more aggressively than expected just a few months ago. COVID is driving inflation, inflation is driving the Fed, Fed tightening is spooking markets, lather, rinse, repeat.

Here’s what Biden can control: The issues he chooses to highlight as the most widely followed politician in the world. The Democrats’ voting rights bill was always a few votes short and everybody in Washington knows it. Yet Biden has now made it a policy priority. The only plausible reason is a desire to appease Democratic liberals such as Sen. Bernie Sanders and Rep. Alexandria Ocasio-Cortez, who get as mired in leftist outrage as Fox News does in white grievance. They care about what is tweetable, not what is achievable.

Biden’s moribund “Build Back Better” legislation suffers from the same problem. Congress could have passed much of this agenda in 2021 if Democrats had simply taken holdout senators Joe Manchin of West Virginia and Kyrsten Sinema of Arizona at their word. They both said they wouldn’t vote for a bill too heavy on social programs, but Biden and Senate Majority Leader Chuck Schumer figured that couldn’t possibly be true, so they left in the objectionable and expensive child-tax-credit expansion. Wait, but it was true, and BBB is going nowhere, for now.

Most voters care about two things right now: Inflation and COVID. Biden’s magical thinking on voting rights or child subsidies won’t solve these problems and the death eaters have snatched Chuck Schumer’s magic wand. Democrats going around telling people what we should do, instead of what we can do, deserve the midterm shellacking that seems to be coming.

Can Biden recover? It’s plausible. Unpredictable things certainly happen and they can benefit presidents as well as harm them. There’s still a good chance inflation will cool down by midyear, and warm weather might finally dispatch COVID and bring the “summer of freedom” Biden promised in 2021.

But Biden may doom himself if he keeps sucking up to progressives who don’t represent the majority of voters. Biden seems to have forgotten that he drove Bernie Sanders and Elizabeth Warren out of the 2020 primaries by telling voters he was a centrist who didn’t have big-government answers for everything. Many voters hear what he says now and think he was lying in 2020. If Biden could confront his party’s dead-end liberals as a candidate, but can’t do it as president, Bernie Sanders might as well be sitting in the White House. Unless Biden changes course, that’s what voters will be thinking when they head to the polls in November.