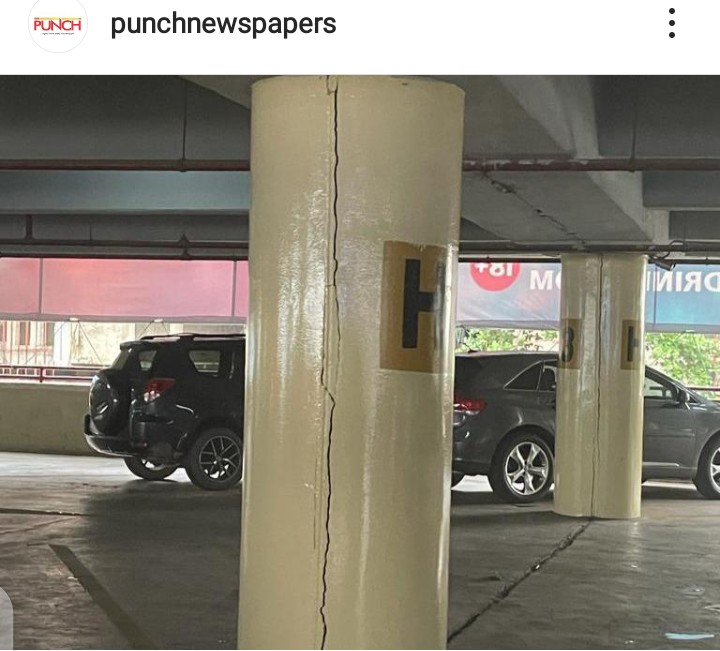 An official said it is an expansion joint and not a crack from the Lagos Airport.

Bi-Courtney Aviation Services Limited (BASL) on Sunday said the parking lot and other facilities at the Murtala Muhammed Airport terminal II (MMA2) are in good conditions.

BASL, operator of the MMA2, gave the assurance in the wake of concerns raised by Nigerians over the safety of facilities at the terminal.

Earlier, a picture of allegedly cracked pillars at the parking had surfaced on social media, raising fear among airport users and other Nigerians.

But BASL assured stakeholders of safety at the parking lot and other facilities at the terminal.

In a statement on Sunday, Mikail Mumuni, group corporate affairs manager of BASL, said there are no cracked pillars at the parking lot.

“The person who posted the picture is obviously not well informed,” the statement said.

“This is an expansion joint and not a crack.

“The expansion joint is a space provided in every substantial structure that enables the building or structure to breathe.”

The statement also claimed that similar expansion joints are found on bridges spread across the country.

“MMA2 carries out integrity test regularly on its structure,” the statement said.

“The tests have consistently shown that the structure is in good shape.” 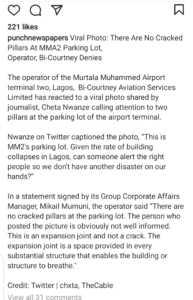