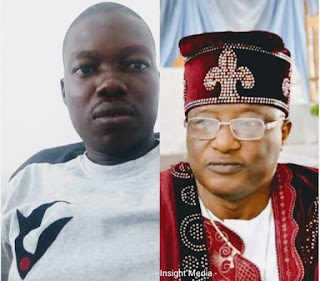 What could have been a giant step towards unraveling the cause of the death of Timothy Adegoke, an OAU MBA student found dead in Ile-Ife was frustrated by members of his family yesterday Nov 19th, 2021
Legal counsel to detained owner of the hotel in the midst of the storm, Dr Rahaman Adedoyin, Barrister Williams Abiodun disclosed this to our reporter.

According to him, yesterday had already been agreed upon for the conduct of autopsy to unravel the circumstances leading to Adegoke’s death and to also establish whether any part of his body was actually missing as being bandied around by his brother and towards this, a team of independent pathologists led by professors had arrived from Abuja and Ilorin a day before in preparation for the autopsy which was scheduled to commence by 9am on Friday, 19th November 2021.

He stated that when the police team from the Osun State Police Command and the Pathologists arrived at exactly 9am, the members of the family of the deceased, Timothy Adegoke were nowhere to be found.

The police officers called them repeatedly on the phone to know their location, but they kept on deceiving the police officers that they were in Osogbo and stuck in the traffic around 12 noon until three hours later that the brother of the deceased called back they were not actually coming.

“It is clear that this is a calculated attempt to frustrate investigation into the matter and establish the fact that Timothy Adegoke died of natural causes. The same brother spoke with the Nation newspaper and said that the police have not told him what killed his brother and the reason why they arrested Chief Ramon Adedoyin. If that is the case, why is he going about smearing his name?” the lawyer said

“Justice is a tripartite triangle: justice to the victim, justice to the accused and justice to the society whose norm is desecrated. There must be justice to all. Gbade Adegoke must be stopped in his campaign of calumny to smear Chief Adedoyin’s name. It is obvious that he is being used and sponsored. If they have nothing to hide, they should make themselves available for the autopsy to be conducted so that the whole world will know the truth.” He added

Barr. Williams Abiodun expressed dismay at the attitude of the deceased’s family. He therefore appealed to the Commissioner of Police, Osun State Police Command, Mr. Wale Olokode to display the highest professionalism in this matter and act according to the evidence and facts already established before the police and not what rumour mongers are spreading and be fair to all the parties.