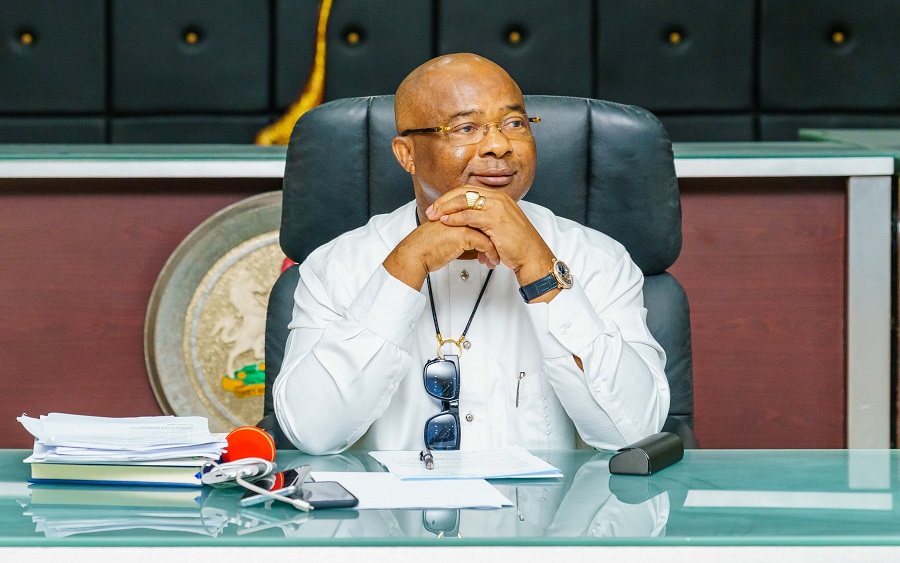 The Governor of Imo State, Hope Uzodinma revealed that the state is set to receive $120 million, as one of the 7 states shortlisted by the federal government for its special agricultural processing zone livestock farming project.

The Governor disclosed this in his Independence Day broadcast at the statehouse on Friday, October 1, 2021.

He also revealed that Imo state will be part of a $1.4 billion facility secured by the federal government for urban and rural water development, including the conversion of Otamiri River into a dam capable of powering a 10MW plant. Uzodinma added that Vice President, Yemi Osinbajo is scheduled to visit the state next week to commission a N12 billion empowerment programme for the private sector.

What the Imo State Governor said
”As you will recall, just a few weeks ago, President Muhammadu Buhari was in our state to commission four strategic projects executed by my administration.

“It is indeed my pleasure to inform the good people of Imo that we are reaping bountiful benefits from the President’s recent visit.

“Such benefits include the approval for the installation and conversion of Otamiri River to a dam, capable of powering a 10 megawatts plant that can generate electricity when completed and help improve water supply in the state.

”This, as you know, is a fallout from the Balloon driven technology underground tunnel which Mr President commissioned.

”In a few weeks, the Vice President, Prof. Yemi Osinbajo will be coming to Imo, precisely on October 15, to administer a N12 billion empowerment programme to the private sector,” Uzodinma said.

The Governor added that Imo traders, artisans and the vulnerable are expected to benefit from this massive empowerment citing it as a direct benefit from the presidential visit.

He revealed his administration has also spent not less than N8 billion on youths empowerment, urging that he is extending his fellowship to “our brothers and sisters on the other side to join our prosperity agenda-driven government to offer quality service to our people.”

“This is not about me, It is about the future of our youths; Those who genuinely and patriotically want to serve Imo people would not have any problem joining us to do so.

“However, while we wait for them we shall continue to work tirelessly for the people in line with our prosperity agenda as encapsulated in reconstruction, rehabilitation and recovery.

”Apart from reversing the decay in infrastructure, addressing the rot in the civil service and halting the corruption in the payroll system, we have touched the lives of Imo youths, spending more than N8 billion in their training and empowerment in the past one year,” the governor remarked.

He used the broadcast to warn indigenes that COVID-19 is real and that they should desist from living in denial, adding that the state continued with massive testing to identify new COVID-19 infections.

What you should know
Recall Nairametrics reported in March that the FG announced the launch of the National Livestock Breed Improvement Programme (NALBIP), urging that it will reduce herdsmen/farmer clashes and also boost dairy cattle production in Nigeria.

In August, the FG announced the launch of a pilot project of the National Livestock Transformation Plan (NLTP) with the inauguration of a model ranching hub project in Awe Local Government Area of Nasarawa State.

“The project is well-conceived to reform the livestock sector from nomadic dependent into an organised ranching one.

“At the moment, 22 states of the federation and the Federal Capital Territory (FCT) have registered with the NLTP Secretariat and Ten of them have created their own team that were already trained by the Secretariat,” the Presidency said.

They added that seven out of the states have earmarked 19 grazing reserves for the implementation of the programme with over 400,000 hectares of land.