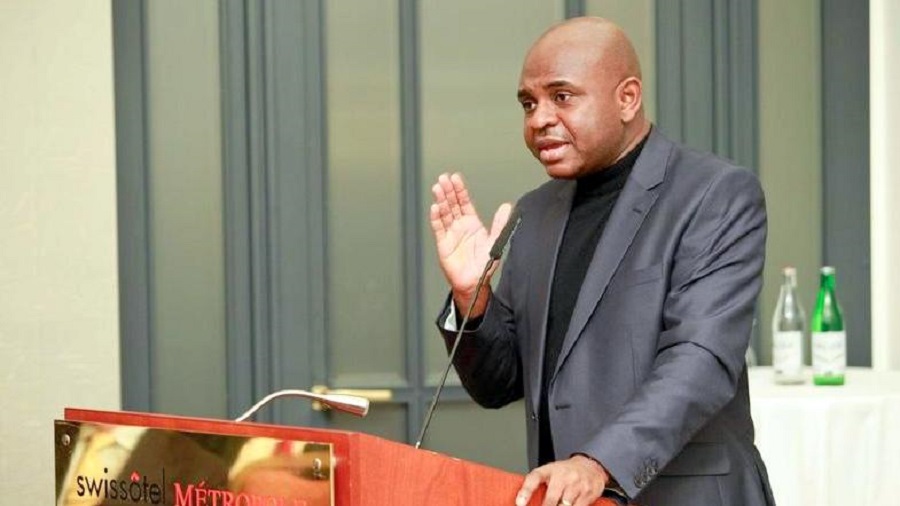 A former Deputy Governor of the Central Bank of Nigeria (CBN), Kingsley Moghalu, in his contribution to the exchange rate debate has said that the value of the naira will improve significantly from N570/$1 to N400/$1 at the parallel market if a huge amount of dollars is pumped into the foreign exchange market through export earnings.

The reaction is coming from the former Presidential candidate in the 2019 general elections, as the naira continues to slide at the black market despite CBN’s assurance of increasing forex supply to meet the legitimate demands of Nigerians.

This disclosure was made by Moghalu, during a Punch Live interview on Thursday.
What the former Deputy Governor of CBN is saying
Moghalu during the interview said, “The reason we have the prices we have is that the official rate is perceived by the market not to be the real rate; that’s the fundamental reason why you have a huge gap of N410 at the official rate – Investors and Exporters’ Window – and then N570 in the black market. That is unbelievable.

“Normally, you will have a gap between the official rate and the parallel market but in our time, we made sure that that gap was not a lot – it wasn’t more than N10, N15, and max N20.

“If you have a massive rush of dollars into the Nigerian market today, the price of the dollar would crash and the naira can come to N400 in the black market, you may be shocked.

“So, it is about going to fix what would bring in the quantity of dollars that would rebalance the equation.”

Moghalu, who expressed his displeasure at the lack of autonomy of the apex bank, which he said has been lost to the political class suggested that for the CBN to stabilize the exchange rate, they need to work on investors’ confidence to attract more forex inflow into the country.

What you should know
Nigeria has been going through a foreign exchange crisis as the exchange rate had fallen to an unprecedented record level of N570/$1.

Recall that the CBN Governor, Godwin Emefiele, had in July 2021, announced the stoppage of sales of dollars to Bureau De Change (BDC) operators, who he accused of defeating their purpose of existence to provide forex to retail users and had become wholesale and illegal dealers.

He directed that legitimate users of forex should approach the deposit money banks to access foreign exchange at approved rates.