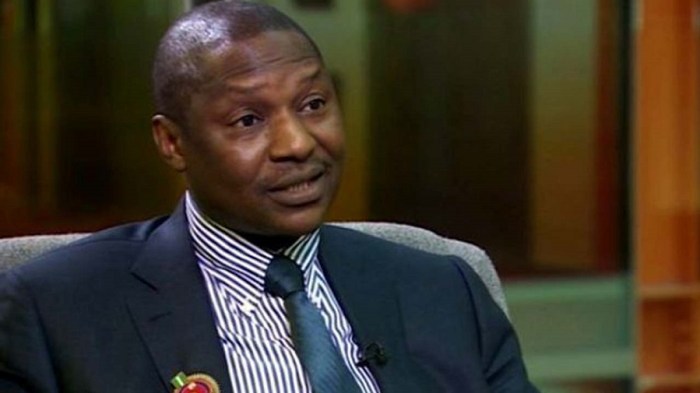 The Federal Government has announced that it is set to recover £200 million of Nigeria’s assets stashed in the United States, as it embarks on a massive recovery of assets belonging to the country.

The move is part of the federal government’s efforts aimed at recovering public funds stashed in various foreign bank accounts across the globe.

This was disclosed by the Attorney General of the Federation (AGF) and the Minister of Justice, Abubakar Malami, while speaking on the sidelines of the United Nations General Assembly in New York, according to ChannelsTV.

What the Attorney General of the Federation is saying
Malami, during his interaction, spoke about Nigeria’s fight against corruption and illicit financial flow in the country and efforts being put in to recover those funds.

The Minister said, “We are looking at the possibility of recovering further 200m pounds among others but then, that does not mean they are not other associated assets being pursued, in terms of other countries of the world inclusive of Ireland.

“We are pursuing a lot of assets across the globe and then we intend to coordinate further meetings relating to recovery in the United Kingdom which is associated with certain personalities.’’

Malami pointed out that he would not like to divulge the strategy the federal government will use in making the recovery but noted that the government is trying to gather international momentum associated with the processes and procedures, in terms of making things easier for countries to recover assets with ease.

He expressed the government’s full commitment to its anti-corruption campaign and by extension spreading its dragnet to those who are in the custody of laundered or stolen funds.

What you should know
The Federal Government had in May 2021, said that it had recovered  $700 million looted funds from the US, the UK, Bailiwick of Jersey, Switzerland, and Ireland I in the last 4 years through proactive and collaborative efforts with other countries.

The government noted that they are still working with our international partners and other countries to ensure that all Nigeria’s assets that are identified are recovered.
The AGF said the government was using different mechanisms, including the voluntary asset declaration process approved by President Buhari in Executive Order 008.