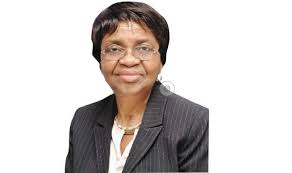 Meanwhile, the agency has destroyed unwholesome medicines, expired processed food items and cosmetics products worth over N50 billion in the last five months.

Director-General of NAFDAC, Prof Mojisola Adeyeye who disclosed this in a statement yesterday in Abuja, noted that about N1,429,580,683.00 worth of unwholesome drug and food products were destroyed in Awka, capital of Anambra State in March for South-South and Southeast operations.

‌She explained that in the same month, such dangerous products worth N613,300,290.00 were destroyed in Kano while the Agency moved to Gombe in May to destroy seized counterfeited and expired medicines, and food items worth N515,732.587 mopped up in the Northeast by the Investigation and Enforcement officials of the Agency led by Barrister Kingsley Ejiofor.

Adeyeye added that fake and expired medicines and food products worth N2,482,600,290 seized in the Southwest were destroyed in Shagamu, Ogun State last week.

The NAFDAC boss observed that perpetrators of the illicit trade more often than not do capitalize on the weak law in the land to wreak havoc on the nation’s health system and urged the judiciary to apply tougher penalties against those found guilty of drug counterfeiting, expired processed food and repugnant cosmetics to serve as a deterrent to others.

Adeyeye avers that the dangerous business would be made unattractive if it carries the maximum penalty for the offenders.

She called on community leaders, faith-based organizations, health practitioners and the media to continue to educate members of the public to desist from patronizing quacks and hawkers of medicines and unwholesome foods.

Adeyeye implored to members of the public to release valuable information that will help in the fight against “these merchants of death whose only desire is to make out of the misery of the people.”