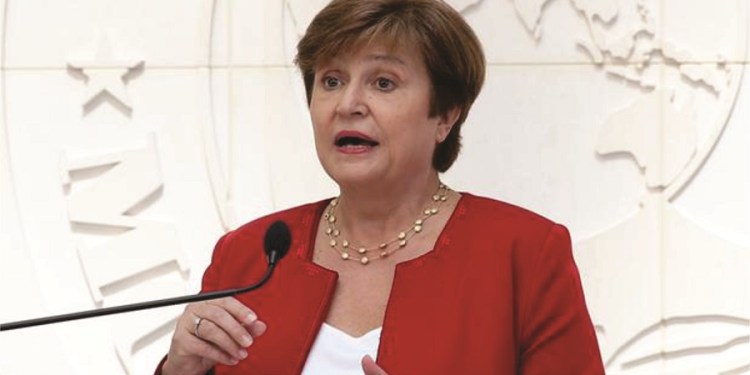 The International Monetary Fund (IMF), an organization which includes 190 countries, working to foster global monetary cooperation, in a blogpost titled, ‘Cryptoassets as National Currency? A Step Too Far’, believes that the adoption of cryptocurrencies as national currencies has more risks and cost that outweighs potential benefits.

The blogpost started by acknowledging the potential benefits of digital currencies stating, “New digital forms of money have the potential to provide cheaper and faster payments, enhance financial inclusion, improve resilience and competition among payment providers, and facilitate cross-border transfers.”

However, according to the post, the IMF believes that the adoption of digital currencies is not straightforward as it requires a lot of difficult policy choices such as clarifying the role of the public and private sectors in providing and regulating digital forms of money.

The post went further to say that some countries will be tempted to view these cryptoassets as legal tender which they termed a ‘shortcut’ because of the benefit they provide. They stated, “Some countries may be tempted by a shortcut: adopting cryptoassets as national currencies. Many are indeed secure, easy to access, and cheap to transact. We believe, however, that in most cases risks and costs outweigh potential benefits.”

The post spoke about the volatile nature of cryptocurrency assets by using Bitcoin’s price crash in May as an example to further buttress their point. On this, they stated, “Their value can be extremely volatile. Bitcoin, for instance, reached a peak of $65,000 in April and crashed to less than half that value two months later.”

The post also expressly differentiates cryptocurrency assets from Central Bank Digital Currencies (CBDC) stating, “Cryptoassets are thus fundamentally different from other kinds of digital money. Central banks, for instance, are considering issuing digital currencies—digital money issued in the form of a liability of the central bank.”

The IMF believes that because of the volatile nature of cryptoassets, they are unlikely to catch on in countries with stable inflation and exchange rates, and credible institutions, as their households and businesses would have very little incentive to price or save in a parallel cryptoasset even if it were given legal tender or currency status. It stated that even in relatively less stable economies, the use of a globally recognized reserve currency such as the dollar or euro would likely be more alluring than adopting a crypto asset. It stated, “a crypto asset might catch on as a vehicle for unbanked people to make payments, but not to store value. It would be immediately exchanged into real currency upon receipt.”

Potential Effects of Adoption of Crypto Assets According to the IMF

It states that the adoption of cryptocurrency assets will likely affect macroeconomic stability. On this, it stated, “If goods and services were priced in both a real currency and a crypto asset, households and businesses would spend significant time and resources choosing which money to hold as opposed to engaging in productive activities. Similarly, government revenues would be exposed to exchange rate risk if taxes were quoted in advance in a crypto asset while expenditures remained mostly in the local currency, or vice versa.”

Another point raised is that monetary policies will be ineffective. It stated, “Central banks cannot set interest rates on a foreign currency. Usually, when a country adopts a foreign currency as its own, it “imports” the credibility of the foreign monetary policy and hope to bring its economy–and interest rates–in line with the foreign business cycle. Neither of these is possible in the case of widespread crypto asset adoption.”

The next point raised it’s the effect on financial integrity. On this the report stated, “Without robust anti-money laundering and combating the financing of terrorism measures, cryptoassets can be used to launder ill-gotten money, fund terrorism, and evade taxes. This could pose risks to a country’s financial system, fiscal balance, and relationships with foreign countries and correspondent banks.”

They looked at the potential legal issue countries could face stating, “Legal tender status requires that a means of payment be widely accessible. However, internet access and technology needed to transfer cryptoassets remains scarce in many countries, raising issues about fairness and financial inclusion.”

Finally, the IMF spoke about the energy requirement of mining stating, “mined cryptoassets such as Bitcoin require an enormous amount of electricity to power the computer networks that verify transactions. The ecological implications of adopting these cryptoassets as a national currency could be dire.”

Although the IMF standpoint concludes that “attempting to make cryptoassets a national currency is an inadvisable shortcut,” it also acknowledges that the advantages of their underlying technologies, including the potential for cheaper and more inclusive financial services, should not be overlooked. The IMF believes that world governments need to do better in terms of providing these services and leveraging new digital forms of money while preserving stability, efficiency, equality, and environmental sustainability.