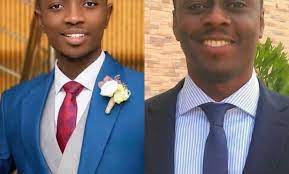 About one after the National Broadcasting Commission (NBC) rolled out fines against Nigeria Info FM over the comments of a guest on its programme, Channels TV faces a similar fate.

The media industry in Nigeria has in recent times come under severe attacks from various arms of government that want to control and suppress press freedom.

That the NBC has sent a query to Channels TV on Thursday over an interview with Samuel Ortom, governor of Benue State in the north-central part of the country is not an isolated case but shows an emerging pattern.

“The National Broadcasting Commission monitored the broadcast of your programme Sunrise Daily between 7am and 9am on Tuesday, August 24, 2021.

“The programme which has as guest the Executive Governor of Benue State, Governor Samuel Ortom was observed to contain inciting, divisive and unfair comments which were not thoroughly interrogated by the anchors. These negate the following provisions of the Nigeria Broadcasting Code”, NBC letter says.

“Consequently, Channels TV is required to explain why appropriate sanctions should not be applied for these infractions of the Nigeria Broadcasting Code. Your response should reach the Commission within 24 hours of receipt of this letter”, the NBC query says.

The report says a lawyer from the organisation accompanied the anchors to Abuja Thursday evening.

In April this year, NBC imposed N5 million fines on Channels TV for broadcasting what it called offensive content.

Nigerian newspapers had on Monday, July 13 collectively devoted their front pages to protest the attack on press freedom and the right of the people to know, under the instructive banner – ‘Information Blackout’.

It is in the nature and character of this government to see such protest as an affront that deserves some ‘punishment’. The aftermath is the attempt to stop newspaper reviews by the broadcast media, which is being pursued.