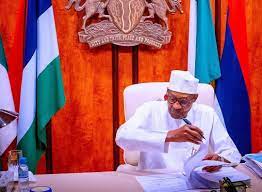 The Presidency, on Tuesday, defended the signing into law of the Petroleum Industry Bill by the President, Major General Muhammadu Buhari (retd.), saying he was being responsive to the yearning of the majority of Nigerians.

The Senior Special Assistant to the President on Media and Publicity, Garba Shehu, who stated this in an interview with The PUNCH, told critics of the new law that it was still open to amendments.

But the South-South Governors’ Forum blamed lawmakers from the region for the three per cent allocated to oil producing communities.

Recall that stakeholders had kicked against the three per cent approved in the new petroleum law by the National Assembly for the oil-bearing communities.

The Senate had earlier approved three per cent for the oil-bearing communities, while the House of Representatives approved five per cent.

But the approval of three per cent by the joint committee of the National Assembly generated angry reactions from the Niger Delta communities, which urged the President not to sign the bill into law.

But despite the opposition from the Niger Delta, Buhari signed the bill on Monday.

Explaining the President’s action, Shehu said the legislation was open to review and amendments.

One of our correspondents had asked the presidential aide why Buhari ignored opposition to the three per cent host communities’ fund and signed the bill.

Shehu described the law as the making of all Nigerians and not that of the President alone.

He appealed to those who were faulting in the law to follow the right channels to effect the right changes as the law was not set in stone.

He said, “The law is the making of all Nigerians and not the President alone. It is not cast in stone; it can be changed.

“As we move forward, there can even be more aspects of the law that recommend themselves to review.

“Nothing in that law is cast in stone. On a need basis, the law can be revised and if need be, amended.

“Even the constitution of the Republic is today undergoing a review. Let us give peace a chance and work through the democratic process to get what we want.”

Shehu added that the new law had a more positive value for the country.

He said by signing the law, the President was not being insensitive, but responsive to the yearnings of Nigerians.

“The President is not being insensitive. Instead, he is being responsive to the yearning of the majority of Nigerians,” he stated.

The presidential aide added that the law held so much promise for Nigerians, who should focus on the positive aspects.

He said, “The law contains so much positive value for the industry and the country. These good things should not be held hostage by contentious issues.

“Let us focus on the positives. We need not wait any longer. Let us make progress.”

The Chairman of the South-South Governors’ Forum and Governor of Delta State, Ifeanyi Okowa, blamed the National Assembly members from the region for the three per cent approved for the oil-producing communities.

Okowa, who spoke through his Chief Press Secretary, Mr Olise Ifeajika, said, “They (South-South National Assembly members) went partisan. They went political and voted where their party wanted them to vote, throwing away the well-being of their people.

“It is unfortunate; so, it is not for the governors. If it were for the governors, they would have done it the other way round. It is a matter of law and they are the lawmakers the people voted for to go there and protect their interests; but they failed instead.

“If anybody is to be blamed, it is the lawmakers, especially those from oil producing areas. It is regrettable that our own people left the integrity of the bill, left the yearnings of their people and went partisan to support the bill at the detriment of their people.

“If the people are going to hold anyone accountable, they should hold the lawmakers, particularly those from the Niger Delta’s oil-producing areas that voted for the three per cent.”

He added, “If they had dropped partisanship and saw the will of the people, who sent them there to represent them as important, it wouldn’t have been like that.

“We saw how Ndudi Elumelu led the minority caucus of the House of Representatives out of the chamber. We didn’t see such at the Senate, so it is a matter of our people failing us. They politicised the matter at the expense of the wish and well-being of the oil-bearing communities.”

Ifeajika said if the lawmakers had listened to the voice of their people and protected their interest and removed the issue of party, they would have voted against the three per cent and maybe the bill would not have been ready to be signed.

The Ijaw Youth Council also condemned the presidential assent given to the PIB.

The spokesman for the IYC, Ebilade Ekerefe, said the signing of the PIB into law by Buhari could not been in response to the yearnings of a majority of Nigerians after the overwhelming public outcry that greeted its passage by the National Assembly.

“The signing of the PIB into law is a total affront to the outcry of the people of the Niger Delta region. President Muhammadu Buhari has further dropped in the rating of the Niger Delta people and should not expect any accolades and congratulatory messages from the region,” he stated.