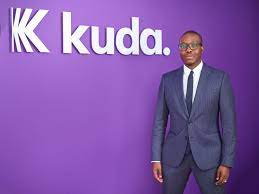 It was recently reported that Kuda Bank raised $55 million in a Series B round at a valuation of $500 million. This comes just a few months after raising a $25 million Series A round. The current $500 million valuation puts the company’s naira value at ₦205.75 billion using the central bank’s official exchange rate of ₦411.50 to $1.

This means that as of yesterday’s stock market close, Kuda Bank is the seventh most valuable bank in Nigeria; more valuable than all tier 2 banks combined.

What you should know about Kuda Bank

Kuda Bank is a London-based, Nigerian-operating financial technology (fintech) company that is taking the country by storm with its mobile-first, personalized and relatively cheaper banking services that are built on cutting edge technology. The fintech company’s product edge over other banking companies that are operating in Nigeria is the possibility of overdrafts.

The company has grown at an astronomical rate in the last few months. In November 2020, the fintech company claimed to have 300,000 customers and was processing an average of $500 million worth of transactions per month. In March 2021, just 5 months after, the number of users had more than doubled to 650,000 registered users. As of the time of writing this report, the fintech company boasts of 1.4 million registered users – an astronomical growth just within the space of one year.

As a result of the company’s growth over the last few months and to fuel its expansion, it has now raised money to the tune of $55 million in a Series B round which puts the valuation of Kuda bank at $500 million. This is not the first time the fintech giant is raising funds to increase its capacity as it did so in December 2020, where a total of $10 million was raised in a seed round, which represented the largest-ever seed round raised by a startup out of Africa. In March when it had 650,000 registered users, the company raised $25 million in a Series A funding led by Valar Ventures.

Although these traditional banks have more customers, Kuda outpaces them in terms of value. The fintech company is in essence, Nigeria’s 7th most valuable bank taking a firm stand behind the nation’s tier 1 banks popularly known as the FUGAZ, and in 6th position, Stanbic IBTC Bank which is currently valued at approximately $530 million.

What Kuda Bank said about the fundraising

Co-founder and CEO Babs Ogundeyi stated that the company does not just want to expand within the Nigerian market alone but also wants to use the funding to launch its platform in more countries in the African continent. He stated that he wants to build a “new take” on banking services for “every African on the planet.”

“We’ve been doing a lot of resource deployment in Nigeria. But now we are doubling down on expansion and the idea is to build a strong team for the expansion plans for Kuda. We still see Nigeria as an important market and don’t want to be distracted so don’t want to disrupt those operations too much. It’s a strong market and competitive. It’s one that we feel we need to have a strong hold on. So, this funding is to invest in expansion and have more experience in the company with relation to expansion,” Ogundeyi said.

The current valuation of Kuda Bank has sparked an online debate, especially on Twitter with many stating that the fintech company is overvalued.

In a conversation with Dapo Thomas, an analyst at HSBC Investment Bank, he stated:

“Historically, valuation of businesses has always been one of the most debatable topics in the financial industry. VC firms, M & A teams and Investment Bankers typically need this information for investment purposes. However, evaluating public companies is less complicated as we have access to certain metrics such as P/B ratio, what we call Price to Book ratio, Price to sales ratio, price to earnings ratio, DCF and sometimes dividend discount model.

But the issue with the valuation of Startup firms is the availability of data compared to public companies. We find it difficult to calculate the intrinsic value of startups as the financial model for valuing these particular companies depends entirely on subjective inputs: estimates on almost everything.

That’s why I find the Kuda valuation a bit abstruse but the tech factor is the joker card. But what is their revenue, what’s their profit? In summary, we can say startup valuation is more of art than science while public companies’ valuation is more science than art as the availability of data supports its valuation.”

The Nigerian fintech space looks to be taking the Nigerian economy by storm. Many have taken this valuation as a shock as no one expected a small fintech company that started operations just 3 years ago to be more valuable than banks that have existed for decades.