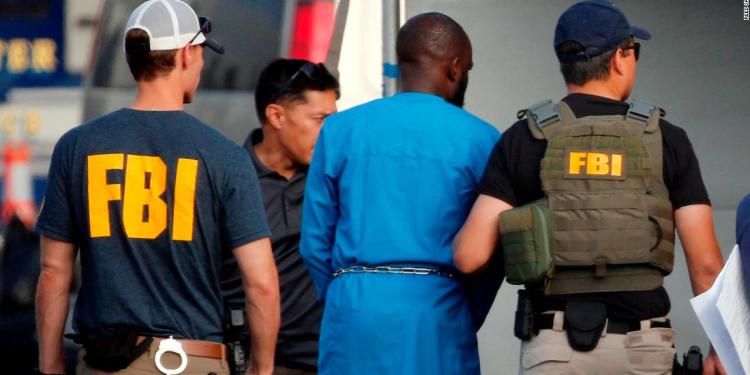 The Economic and Financial Crimes Commission in collaboration with the Federal Bureau of Investigation (FBI) announced that it has arrested 167 Nigerians for alleged computer-related frauds within three weeks.

The Publisher Nigeria gathered that the Acting Chairman, EFCC, Mr. Abdulrasheed Bawa, who was represented by Mohammed Abba, the commission’s Director of Operations, stated that the just concluded coordinated operations with the FBI tagged: ‘Operation Rewired’, resulted in the recovery of the sum of $169,850 as well as N92 million.

He also said that four exotic cars, plots of land in choice areas in Lagos and property in Abuja were also recovered during the operation.

“Being an international model operation targeted at computer-related frauds, the EFCC, FBI collaborative operations, spanning three weeks, was designed to intercept and interrupt the global network of internet fraudsters.

“Our efforts in collaborating and coordinating the EFCC, FBI joint operations in Nigeria recorded tremendous successes leading to a number of arrests, seizures and recoveries.

“The suspected fraudsters arrested in the course of the operation will be persecuted accordingly,” he said.

Abdulrasheed Bawa, therefore, urged the media to continue to help in mobilising and educating all critical stakeholders on the need to support the fight against economic and financial crimes.

He said society owes the youths the social responsibility of awakening their consciousness to the importance of a noble life devoid of crimes.

“I wish to state with a high sense of responsibility, there is no shortcut to success other than hard work.

“The youths, therefore, must shun crime and its alluring temptations, because it will always end in sorrow and regrets.

“Now that the infamous internet crimes have received global attention and concern, there will be no hiding place for fraudsters,” he said.

Bawa noted that the EFCC would continue to partner with the FBI and other international law enforcement agencies, especially in the area of exchange of information and actionable intelligence.

He said that this would reduce the menace of cybercrime and other computer-based frauds in the country.

“The FBI and law enforcement partners in the US and abroad implemented a strategy to target and disrupt these scammers and illicit actors and dismantle international fraudulent BEC transactions.

“The sweep ran from May through September during a four week period primarily in the U.S., Nigeria, Ghana, Turkey, France, Italy, UK, Japan, Kenya and Malaysia.

“This was done in accordance to the efforts to dismantle international fraudulent BEC transactions and pursue organised criminal enterprises that target and harm American businesses,” Ahamdi said.

Ahamdi said that the global goal of the operation was to send a message to all who participated in BEC scheme that they would be caught and prosecuted regardless of where they were located.

“The operation leveraged resources from across the FBI, which enabled it to bring the sum total of FBI cyber organised crime and money laundering expertise to bear on dismantling the criminal enterprise.

“The surge of resources for this operation will serve as a centre piece for future cybercriminal strategy in moving forward,” he added.