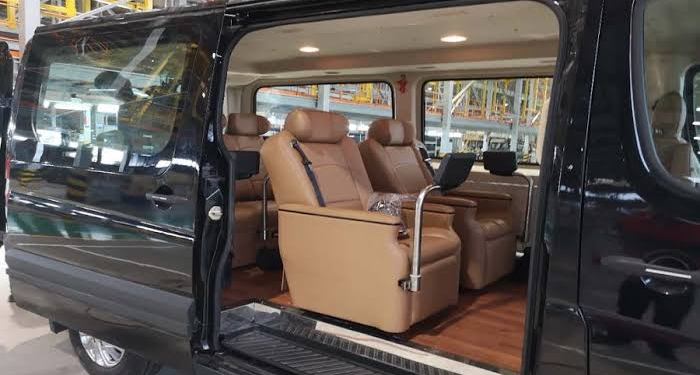 A Nigerian motor assembling company has started the importation of vehicle parts from China to build electric cars in the country despite the power crisis in Africa’s biggest economy.

Jet Motors, which assembles cars meant for the rough Nigerian roads, is importing the power train of the vehicle from China’s Jing-Jin Electric Technologies Co., the battery from KeyPower, another Chinese firm, while the shock absorber is from Stellantis NV’s Jeep, according to Bloomberg.

According to the Managing Director of the auto company, Chidi Ajaere, the inadequate power supply across the country prompted the company to daily produce just 3 Jet Mover EVs, as against the 8 non-electric JET Mover mini buses.

Jet motors has 3 charging points in Lagos with a fourth one expected in neighbouring Ogun State later this year.

The company’s electric vans cost about $90,000, an amount that can best be described as huge or excessive in a country that has most of its citizens living below the poverty line and has been tagged the poverty capital of the world.

What the Managing Director of JET Motors is saying

Ajaere said that Jet Motors is currently in discussions with private investors, the government’s National Automotive Design and Development Agency and Canada’s Africa Development Capital that previously funded the research for the automobile, to invest in charging points in the country’s highways.

He said, “We will be able to further drive up the demand and appetite for electric vehicles once we get the needed charging infrastructure. We can even use solar energy to charge the battery, which is cost-effective, compared to the standard electricity and it preserves the environment.”

Going further, he said that KeyPower is producing a 107.6 kilowatt-hour battery, with capacity to run the vehicle for 250 kilometers (155 miles). It charges for two hours, once a day and the batteries can be used for 11 years.

Ajaere said Jet Motors plans to increase production to 50 vehicles daily over the next 3 to 5 years if the charging points are installed in strategic locations in the country. He added that the company plans to meet rising demand from transportation and logistics firms turning to electric cars in Nigeria to reduce the impact of rising fuel prices and other maintenance charges.

He said, “We see immense opportunity for electric car makers to invest in Nigeria, if we look at just the population.’’