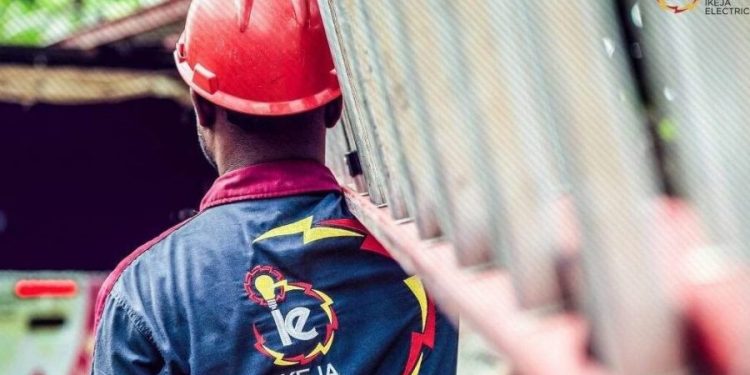 Ikeja Electric Plc, Nigeria’s largest power distribution company has been commended for improved service delivery and innovative ideas by the Senate Committee on Privatization and Commercialization during their oversight visit to the company.

The Publisher Nigeria learnt that the Committee’s Chairman, Senator Theodore Orji, expressed concern over the outstanding N70.96 billion debt being owed the DisCo by its customers including Ministries, Departments and Agencies. He noted that as a business venture, such indebtedness was an impediment to its vision of providing quality supply of electricity to its customers.

Orji assured the management of the company that the legislative arm of government would look into the issue since majority of the debt was owed by MDAs.

The Chief Executive Officer, Ikeja Electric, Mrs Folake Soetan, expressed appreciation to the lawmakers for the visit to the company, saying that the achievements of Ikeja Electric so far was as a result of collaboration with the Nigerian Electricity Regulatory Commission (NERC), the Bureau of Public Enterprises (BPE) and other stakeholders.

She said the company would continue to invest in modern technology and equipment to ensure quality power supply to its customers.

In his presentation, the Chief Marketing Officer, Ikeja Electric, Mr Ugochukwu Obi-Chukwu, said about 400,000 out of 1.1 million customers of the electricity Distribution Company have been installed with prepaid meters. He noted that the number of metered customers in Ikeja Electric was the highest among all the 11 DisCos, stressing that the company was intensifying efforts to further bridge the metering gap.

He said the DisCo had been making investments to upgrade its network in order to guarantee reliable and stable power supply to its customers.

Obi-Chukwu said Ikeja Electric had in the past few years came up with innovative ideas that would ensure customer satisfaction for its commercial and residential customers.

According to him, this led to the development of the bi-lateral power optimization which is being utilized by some areas in Lagos State such as Magado, Ogudu GRA, Ikeja GRA, Gbagada Phase II, among others.

Speaking further, he said the Service-Based Tariff used by the company in these locations was adopted by the Nigerian Electricity Regulatory Commission (NERC) in the new national tariff model.

He however said the company is faced with some challenges particularly the outstanding debt, stressing that efforts were ongoing to ensure the recovery of the debt. The CMO said other challenges included energy theft, vandalism, difficulty in accessing Foreign Exchange to procure equipment, volatility of the Naira and disruptions from the transmission network.