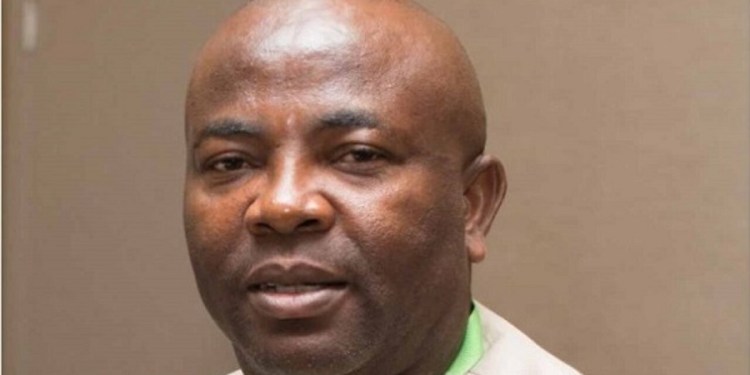 The Chairman of Fiscal Responsibility Commission (FRC), Mr Victor Muruako, has emphasized the importance of the states and local governments as he said they will enhance macroeconomic management in Nigeria.

The Publisher Nigeria gathered that this disclosure was made by Muruako while speaking at the opening of a 5-day study visit of members of the Benue State FRC, where he said that fiscal responsibility should not be seen as the responsibility of the Federal Government alone, but as a collective effort by the three tiers of government.

What the FRC Chairman is saying

Muruako said that the collective fiscal activities of the states and local government councils are more than that of the Federal Government and as such, control of unemployment, inflation, security, macroeconomic stability cannot be achieved without their commitment.

He said, “The collective fiscal activities of states and local councils outweigh those of the Federal Government.

Hence, to work hard at controlling unemployment, inflation, security, transparency, accountability, sustainability and macroeconomic stability without a commensurate commitment of states and local governments is like mopping the floor with the tap running.’’

He added that the enactment of the Fiscal Responsibility Act (FRA) in 2007 and the establishment of the FRC in 2008 had enabled the payment of N2.15 trillion as operating surplus into the Consolidated Revenue Fund of the Federal Government.

He, however, pointed out that records show that over N1.2 trillion was still unremitted by Ministries, Departments and Agencies (MDAs) of the Federal Government assuring that the commission was committed to partnering with states and local councils to strengthen the fiscal responsibility ecosystem in Nigeria.

On his part, the acting Chairman of FRC in Benue, Mr Igyuse Yahuza, said the commission’s visit was to understudy the operations of the FRC to guide it in serving the people of the state better.

He added that the collaborative efforts of FRC and other sister agencies to ensure fiscal accountability, transparency and stamp out corruption was commendable.

The FRC was inaugurated by late President Umaru Musa Yar’Adua on April 4, 2009. The Act provides for the prudent management of the nation’s Resources; ensuring Long-Term Macro-Economic Stability of the National Economy, securing greater accountability and transparency in fiscal operations within a Medium-Term Fiscal Policy Framework,

It can be recalled that last month, the Economic and Financial Crimes Commission (EFCC) and the FRC announced plans to work together in blocking budget leakages and recovering operating surpluses withheld by agencies of government.