Home News Another Building Collapses In Lagos Killing The Owner 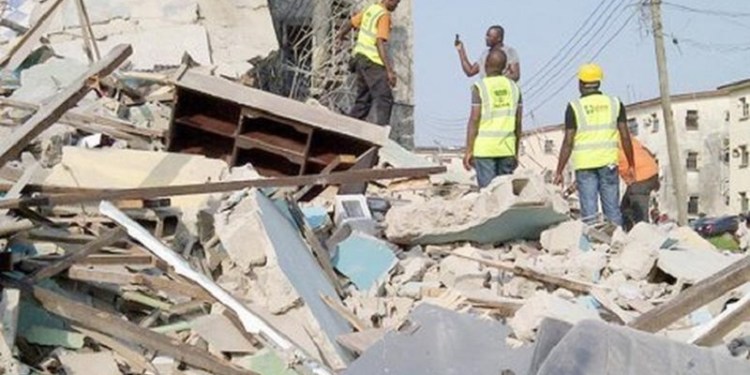 The incidents of building collapse appear to have continued unabated as a 2-storey building under construction in a Lagos community is reported to have collapsed on Tuesday, killing its owner, identified as Pastor Daniel Obasi.

The collapsed building which is located at No. 77, Tapa Road, Oke-Ojo at Isawo community in Ikorodu near Lagos, was described as an attachment to the main building.

According to a report from the News Agency of Nigeria (NAN), the incident was confirmed by the Acting Zonal Coordinator of the Southwest Zonal Office of the National Emergency Management Agency (NEMA), Mr Ibrahim Farinloye, while speaking with reporters in Lagos.

Farinloye said that the deceased cleric’s body was recovered and taken to the morgue at the General Hospital, Ikorodu by the police.

Quoting a neighbour of the deceased, the coordinator said that construction work was suspended earlier in the day, due to the ongoing Eid-el-Kabir festivities.

Farinloye said, “The cause of the collapse was suspected to be inadequate time to allow land to compact properly before commencement of construction and using of poor building materials.’’

Earlier in July, the Lagos State Government through the Lagos State Building Control Agency (LASBCA) confirmed the partial collapse of a 3-storey building located at 19, Church Street, off Adeniji Adele Street on Lagos Island, on Wednesday.

Preliminary investigation of the incident which occurred late in the night while residents were asleep, showed structural failure of a part of the beam carrying a water tank used by the occupants.

YOU MAY ALSO LIKE:   BREAKING: Senate President, Lawan presides over Tuesday’s plenary under leaking roof

The Lagos State government in April 2021, said that it has commenced aggressive enforcement against quackery in construction to end building collapse in the state as it called for the support of building professionals.