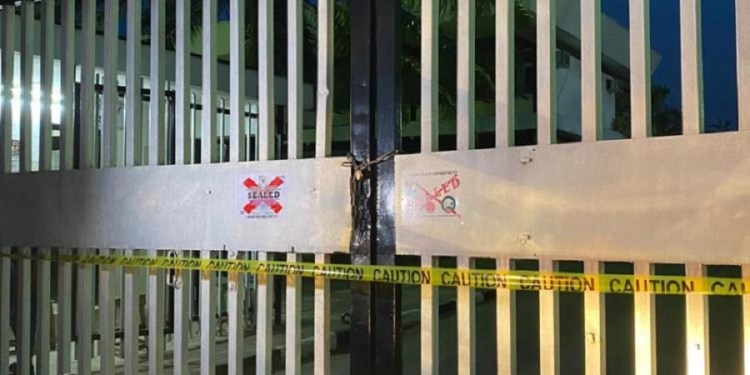 The Lagos State Internal Revenue Service (LIRS) on Monday, sealed 16 hospitality firms over unpaid consumption taxes after it resumed the enforcement of the state’s tax laws.

The Publisher Nigeria gathered that the affected companies which include a Chinese firm, restaurants, hotels and guest houses, were shut for failing to meet up with the March 31 deadline for submission of tax returns.

This disclosure was made by the LIRS Director of Legal Services, Mr Seyi Alade, who said during the state-wide enforcement that the government had resolved to wield the stick on defaulters who insist on shortchanging the state government.

According to a report from the News Agency of Nigeria (NAN), Alade noted that LIRS suspended for some time shutting of corporate organisations and hospitality firms over unpaid taxes.

What the LIRS Director of Legal Services is saying

Alade said, “Now, the service has resumed sealing of firms particularly the hospitality firms; it is committed to continuing the exercise until full compliance to tax payment and remittance are achieved.’’

Alade said the tax liabilities of the affected firms covered from 2013 to 2020.

He called on companies to ensure up-to-date tax payment as the state government was working tirelessly to provide a conducive environment for businesses in the state.

He disclosed that LIRS is deploying an aggressive approach to ensure that all taxes are collected to help the state carry out its developmental projects for the benefit of Lagosians and the country at large.

Alade, however, pointed out that some of the affected firms made payments regarding their liabilities in the course of the distrain/enforcement and paid an additional N250,000 as the cost of the distraint.

It can be recalled that the Lagos State Government, on August 2020, announced additional tax incentives and reliefs for businesses and individuals in the state, as part of measures aimed at reducing the burden on taxpayers amid the Covid-19 pandemic.

The additional tax incentives are part of several measures to mitigate the impact of the coronavirus pandemic on taxpayers in Lagos and ensure business continuity.

The government had earlier given 3 months extension of the deadline for filing annual returns from March 31 to June 30, 2020.

The LIRS Director had claimed that less than 65% of the corporate organisations operating in the state paid taxes, saying that many of them operated without any tax remittance to the government.

The LIRS was currently running an initiative called ‘IBILE’ to get more taxpayers into the tax net.

The “IBILE” strategy is an electronic platform that represents the divisions in Lagos – Ikorodu, Badagry, Ikeja, Lagos and Epe (IBILE).