Home Business & Economy DStv Subscriptions: Too Expensive Or Are Nigerians Too Poor? 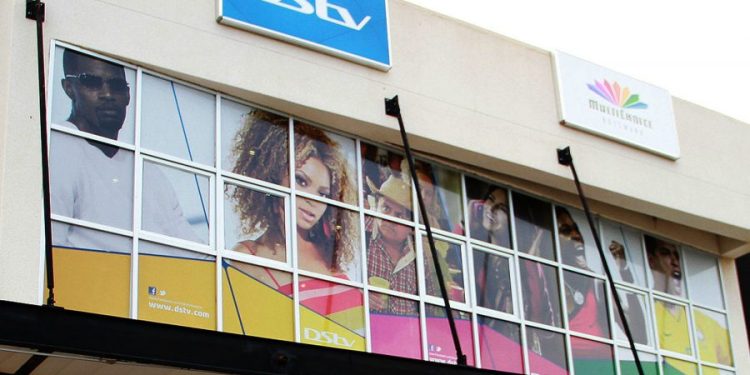 The discussion on the implementation of a pay-per-view model took an interesting turn last week when the House of Reps announced that it would consider policies including pay-per-view, pay-as-you-go, and other price reduction strategies for Cable TV operators in Nigeria. This follows many years of clamour by Nigerians for Cable TV operators (especially the biggest and most dominant player in Nigeria, DStv ) to implement this billing model.

Last year (2020), John Ugbe, Chief Executive Officer of MultiChoice Nigeria, owners of DSTV and GOTV, said to the House of Reps during the Ad Hoc Committee investigation on the non-implementation of a Pay-As-You-Go subscription model by satellite television operators:

“It is only in instances where there is two-way communication between the device at the subscriber’s home and the headend of the pay-tv service provider, which will enable the provider to determine when a subscriber is connected or not, that a billing system could be designed to take into cognizance the subscriber’s behaviour.

The economies of scale model employed by broadcasters mean that subscribers pay less. We are yet to see a pay-TV business anywhere in the world that does PAYG in the sense intended here. We do not believe the model is technically or commercially feasible.”

In last week’s hearing, the House urged the timely application of government regulatory intervention measures to improve the industry and meet the people’s calls for Pay-as-you-go, Pay-Per-View and price reduction, adding that it had the power to license and regulate the activities of service providers and also had the power to moderate in the protection of consumers.

The consideration for a PPV model of cable operations by the FG, which could come off as borderline price control, is rooted in a deep Nigerian economic habit: “We cannot afford it, they are reaping us off.”

This is also coming at a time when Nigeria’s GDP per Capita has fallen to the level it was 40 years ago, with hyper food inflation, more Nigerians falling into poverty and high youth unemployment, making it economically expedient to explore these cost-cutting options.

Are DSTV prices expensive in Nigeria?

In a July 2020 report by The Cable Nigeria, which compared DSTV subscription rates in Nigeria, Ghana, Kenya, Botswana and Multichoice’s home country, South Africa, it was revealed that subscription was cheaper in Nigeria than most of its peers across Africa.

So, is DSTV expensive or are we poor?

The naira has lost over 50% of its purchasing ability in 6 years. According to the Nigerian Living Standards Survey (NLSS) report released by the NBS covering the year 2019, 40.1% of Nigerians are classified as poor by national standards.

The report also added that 4 out of 10 individuals in Nigeria have real per capita expenditures below N137,430 per year, which translates to N376.5 per day, citing that 52.1% of rural dwellers in Nigeria are poor, while only 18.04% of urban dwellers are classified as poor.

NBS recently reported that Nigeria’s inflation rate dropped further in the month of June 2021 to 17.75% from 17.93% recorded in the previous month (May 2021). Food inflation stood at 21.83% in June 2021, coupled with a youth unemployment rate of over 40%. It is clear to anyone reading the numbers that DSTV subscriptions can obviously not be a priority for people within this catchment.

Another factor that should be considered is that DSTV’s premium package at N18,400, despite being cheaper than packages in Ghana and South Africa, is over 60% of Nigeria’s approved minimum wage of N30,000 a month, which means MultiChoice implementing a PPV for football may be expensive in the long run, as most Nigerians cannot afford between N3,000 to N4,000 to watch just one football game.

What should the government focus on?

Malaysia has a GDP per Capita of $11,400. In the year 2000, it was $4,000, meaning that in a space of 20 years, Malaysians have seen their GDP per Capita grow nearly 3 times, resulting in a higher purchasing power and access to credit for the newly minted middle class.

Nigeria’s sole economic purpose should be to increase the purchasing power of Nigerians, which can be done through a pragmatic increase of economic productivity.

The World Bank, in its bi-annual Nigerian Development Update, titled “Resilience through reforms,” stated that Nigeria can kick-start its economic growth by reforming the power sector, citing that the present power policies of the Federal Government need to be deepened through a combination of upstream and downstream interventions.

They added that Nigeria’s revenue-side challenges may be diffused, but on the spending side, the electricity sector is a clear priority for reforms due to an estimated 43% of Nigeria’s population (85 million people) lacking access to an electricity grid – the largest energy-access deficit in the world.

Focusing on electricity and the infrastructure for export trade should be the top priority of the government to increase economic productivity and the purchasing power of Nigerians.