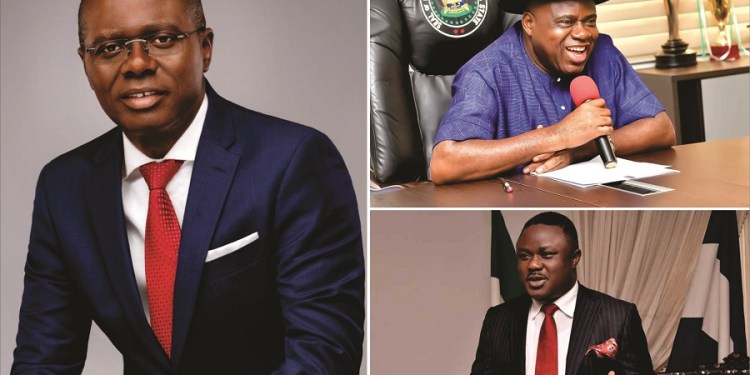 This means that an average individual in Nigeria, based on equal allocation owes an aggregate of N163 thousand from Nigeria’s total debt, while the federal government still plans to acquire more loans between 2021 and 2024 to the tune of N19.69 trillion.

While it is a normal cause of action in most countries to seek loans to finance infrastructural projects in the country, a major question that comes to mind is the country’s ability to repay such loans and the interests in the future.

Based on the analysis of data obtained from the Debt Management Office of Nigeria, the 36 states of the federation + the federal capital territory has a cumulative domestic debt stock of N4.12 trillion and external debt of N1.95 trillion, summing up to at least N6.07 trillion as of March 2021.

Meanwhile, a cursory look at the data from the Central Bank of Nigeria showed that only 8 states in the country managed to receive foreign investments in the first quarter of 2021, with Lagos State receiving the giant share of the total inflows.

Also, looking at the states’ finances for 2020, the 36 states recorded a total available fund of N3.6 trillion, N2.29 trillion of which was received from federal allocation, representing 63.7% of the total. This is an indication that Nigerian states rely most on funds coming from the federal government rather than generate internal revenue.

Lagos is Nigeria’s economic hub, housing most industrial companies and businesses in the country. The total debt of Lagos State as of the review period stood at N1.08 trillion, accounting for 17.8% of the total debt.

Bayelsa State’s total debt profile stood at N168.67 billion as of March 2021. With an estimated population of 2.39 million the state’s debt per population stands at N70,518.

Cross River State ranks third in the list of states with the highest debts per population at N59,365, with a total debt profile of N241 billion and an estimated population of 4.06 million people.