Home Economy Where Should Nigerians Invest Their Money In The Second Half Of 2021? 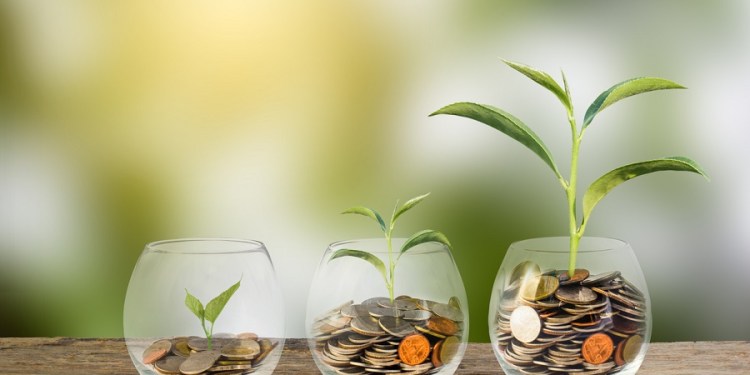 Nigeria’s stock market started the year with an air of optimism as the market rallied by 5.32% as of 29th of January but since that day, the market has gone downhill from the index point, declining by 10.70% with the ASI trading at 37,872.55 basis points at the close of the market yesterday. In the bond market, the federal government recently disclosed that it received total bids of N417.48 billion for MAR 2027, 2035, and 2050 bonds, despite an offer of N150 billion, indicating that it was oversubscribed by N267.48 billion (over 178%) in total. This was contained in the June 2021 FGN bond auction result. This means that there is a lot of attention being paid to the bond market.

With the growing inflation rate and worsening economic conditions, Nigerians are wondering where they can invest their money to provide returns that can hedge against the current inflation rate. We have gathered the opinions of experts on asset classes that are good investment options for our readers. Dig in!

Currently, the U.S inflation rate stands at 5.4% and it is only a matter of time before investors begin the search for higher-paying investments to outperform or at least match the inflation rate.

The oil market is experiencing a significant level of volatility as a result of an impasse between OPEC+ members over output cuts. This impasse has however been resolved as the UAE has been allowed to increase its baseline. In the short run, this is good for the members but other members will also be looking to do the same as UAE has set a dangerous precedent for other members to also request for improved baselines. If that happens and the COVID-19 Delta variant disrupts economic recovery, there could be a decline in oil prices as supply will outweigh shrinking demand for the commodity.

The cryptocurrency market is also struggling to get back into a bull run as Bitcoin, the market leader has been struggling between the $32,000 and $36,000 trading zones. Although several indicators suggest the bull run is not finished, the significant level of volatility that exists in the crypto market cannot be overlooked.

The U.S stock market on the other hand has been creating all-time highs since the year started, suggesting that there is a possibility of a market selloff as take profit season approaches. Popular investor Michael Burry, known to be the investor that won his bet against the U.S housing market, has also touted that a market crash is imminent.

Investors will likely move their holdings to “safe-haven” investments like Gold but Gold has proven not to be an optimal store of value as the asset class provides an annualized real return of 1% barely outperforming global inflation rates according to a Goldman Sachs report. The report stated that even on a short-term basis U.S equities have outperformed Gold except in 1970 and 1782.

The Managing Director of Qualinvest Capital, a stockbroking and investment banking firm, Teriba Adeboye stated, “The recent FGN savings bond may be an indication to where yield may be headed as we enter into the second half of the year. The two years tenor yield declined by 54 basis points from 8.889% to 8.35%, while the three years tenor yield also declined by the same margin from 9.889% to 9.35%.

As predicted at the beginning of the year, it would be a year of two halves; one with increasing yield and the other with decreasing yield. The current existing bond should command premium pricing if this trend continues into the year. In the same vein, the equity space still provided ample opportunities for dividend hunters as traditional companies that pay interim dividends are expected to continue the trend and positive half-year results from the other listed companies on the exchange should stimulate demand.”

The Publisher Nigeria learnt that Victor Aluyi, the Vice President and Head of Portfolio Management at Comercio Partners, an asset management company. He stated, “That’s a tough question. There are several options depending on what the investor is trying to achieve. As regards asset class, investors should still look at dollar-based assets. The idea is to keep hedging against the Naira’s weakness, which is known to continuously erode wealth.”

When he was asked about cryptocurrencies, he had this to say, “Cryptos for me are largely speculative.”

Paul Uzum, the Head of Securities Trading at Planet Capital stated, “The Nigerian equity market is quite different from what we saw last year. Bond yields are higher, as the average sovereign bond rate stands at 11.7% and the average corporate bond rate also stands at 13.2%.

In the money market, the 12-month Treasury bill rate stands at 9.4%. These increased rates have made the stock market unattractive. Foreign investors are also not helping matters because of the foreign exchange issue the country is facing. The increase in bond and treasury bill rates imply that for the second half of the year, there will be low demand for Nigerian equities. What will help the equities market grow is if the half-year results of companies are good but this is unlikely because companies like Guaranty Trust Bank Q1 result revealed its PAT declined by 9% which does not speak well.

If the half-year results are good, investors will put their attention on interim dividend-paying stocks. The MPC meeting is coming up and it is very possible that the federal government increase the MPC rate. The last time the inflation rate was this high, the CBN increased interest rates to attract foreign investors and this is the likely scenario we are about to face. I expect slow activities in the equity market and the market will most likely end the year negative as attractive bond rates will draw investors attention away from the equity market.”

With these concerns and opinions, investors now have a decision to make as to where their money should go. Opinions shared here are strictly the views of the named individuals and should not be treated as financial advice.

YOU MAY ALSO LIKE:   Buhari Mourns Untimely Death Of General Attahiru Ibrahim, Others

The SWOOTS Lose 0.35% In Market Capitalization To N13.42 Trillion