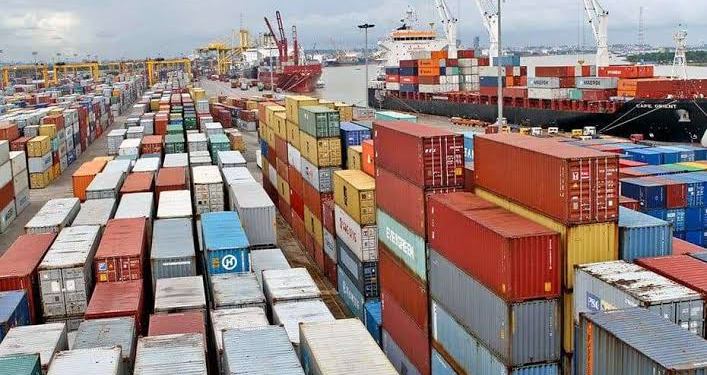 The cost of transporting a container from Apapa port to Ikeja, Lagos, has increased from N300,000 as of 2018 to N1.6 million or more in 2021. This represents an increase of 500% at the minimum. On the other hand, the cost of trucking the same container from Ikeja to Kano has only hovered around N600,000 within the period under review.

This was disclosed by Oluwemimo Joseph, Strategy & Projects Head and Chief Financial Officer of JET Motor Company, during an exclusive interview with Nairametrics on Tuesday.

He explained that the development is a major challenge for all importers of goods and raw materials.

“The cost of trucking a container from Apapa to Ikeja is twice the cost of taking the same container to Kano or Kaduna. The cost has increased from N300,000 in 2018 to N1.6 million by January 2021.

The major cause of this is because the truck owners will tell you that such task, which should have taken them two days will end up taking 6 or more days due to congestion at the port,” Joseph said.

Rupani Sanjay, JET Motor Company’s Director of Sales and Marketing, also explained that the gridlock at the Nigerian ports has been costing importers a fortune, as he urged the Federal Government to aid the elimination of the bottlenecks encountered by importers.

“Aside from the congestion, the government needs to help us reduce some of the back and forth processes at the port, which most times, forces goods to enter demurrage.

Most of the time, we have to pay demurrage because of the back and forth processes at the port. The port operators don’t consider the fact that such is caused by the nature of the regulatory functions, as they insist the levy must be paid. This, to a certain extent, affects the cost of importation and ease of doing business in Nigeria,” Sanjay stated.

In this same vein, the impact of the gridlock extends beyond monetary costs, as freight companies and operators have to wait more than a month off the coast before they can offload their goods in the port – roughly the same amount of time they spend in transit to Lagos from China.

What you should know about costs at the port

The gridlock has become a long-running crisis at the Apapa and Tin Can Island ports, which are the main commercial entry points into Nigeria, Africa’s largest economy.

The issues at the terminals, however, can be attributed to the weak state of the Country’s transport infrastructure as 90% of cargo are transported by road.

Last December, Nairametrics reported that the tightened gridlock at the Nigerian Ports has become severe to the point that it allegedly costs more than $4,000 to truck a container 20km to the Nigerian mainland in recent times.

The report revealed that the gridlock at the port terminals had become so devastating to the point that business entities pay more than $4,000 to truck a 40ft container 20km to the Nigerian mainland and that is almost as much as it costs to ship a container about 12,000 kilometres from China.

The high cost of transporting containers out of the Lagos ports is an issue that requires the express attention of the government as this cost will ultimately be added to the price of items and transferred to end-users adding to inflationary pressures that are already a huge burden on Nigerians.