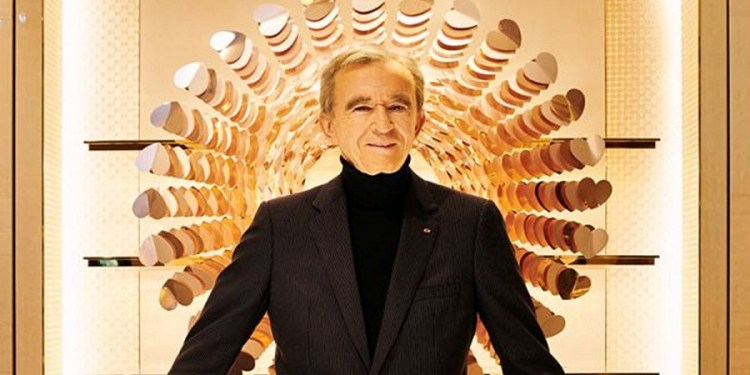 Europe’s richest man, Bernard Arnault, currently has a net worth of $170 billion according to data from the Bloomberg billionaire index, revealing the French billionaire has earned $55.5 billion since the start of this year, as the global economy recovers relatively from COVID-19.

Bernard Arnault, the world’s third-richest man is the Chief Executive Officer of LVMH, the world’s largest luxury goods group, where he holds a 47.5% stake.
The majority of the French man’s fortune is derived from a 97.5% stake in Christian Dior with the luxury fashion house controlling 41.2% of LVMH, according to Christian Dior’s 2020 annual report.

The CEO of Louis Vuitton Moet Hennessy (LVMH) holds about $9.43 billion in cash.

The fashion king is known for holding prized artworks that includes a collection of modern and contemporary paintings like Pablo Picasso, Damien Hirst, Maurizio Cattelan, Jean-Michel Basquiat, and Andy Warhol.

The 72-year-old billionaire’s present net worth can buy 93.4 million troy ounces of gold or 2.25 billion barrels of crude oil.

Recent price actions reveal the share value of the Paris-listed company rose by 67% a year and is Europe’s most valuable listed company with a market capitalization of 334.4 billion Euros.

Louis Vuitton Moet Hennessy (LVMH) affirmed its hold on the world’s luxury ecosystem when it completed a deal for American jeweller, Tiffany & Co., for about $15.8 billion, believed to be the largest luxury brand acquisition ever.

YOU MAY ALSO LIKE:   Ortom Explodes Says, 'I Won't Stop Criticizing Buhari, APC'

The French luxury conglomerate recently formed a partnership with Google in developing a new cloud-based artificial intelligence (AI) solution, as the company plans for its inventory optimization and demand forecasting.