Home Business & Economy Why Coffee Price May Spike In Nigeria 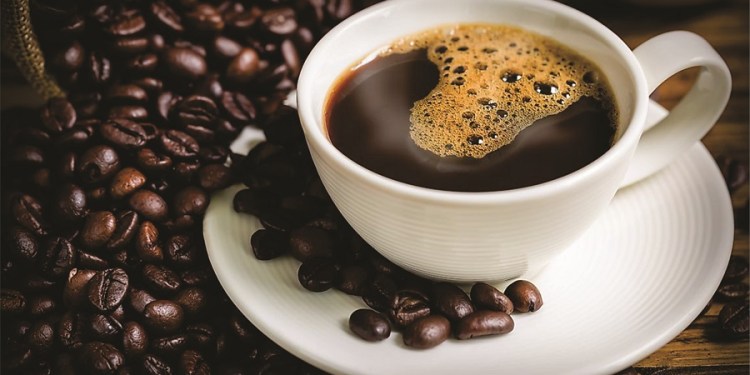 The price of coffee in Nigeria is likely to rise as the global markets brace up for anticipated price hikes of the addictive beverage.

According to reports from the Financial Times, coffee bean prices have risen in international markets as a result of the worst drought in over a century in Brazil, leading to the first supply shortage in the coffee market in four years. Colombian exports were delayed earlier this year due to anti-government protests, pushing markets prices even higher.

Brazil is the world’s largest producer and exporter of coffee with Columbia in third place for production and export volumes.

Further adding to supply shortages, major shipping and logistics constraints have posed a challenge to farmers and exporters, creating a backlog of coffee inventories shut up in storehouses in producer countries, with the average time for shipping consignments doubling. Shipments that typically take four to six weeks are now taking twice as long to be completed due to a scarcity of containers and ships.

On the international scene, analysts are keeping a close eye on coffee prices and according to the Commodity Futures Trading Commission, financial speculators amassed a big net long position, betting that prices will rise, lending more credence to the anticipated increase.

The report from the Financial Times says the New York futures benchmark for arabica, the top-end coffee bean, rose to a four-and-a-half-year high of about $1.70 a pound in early June, up by more than 70% from a year earlier. The report notes that although prices have dropped to around $1.49 per pound, it is still a significant increase from 2020 levels.

While coffee consumption in Nigeria is substantially lower when compared to tea and other non-alcoholic beverages, a potential increase in price will have a significant impact on coffee drinkers and may deter demand especially due to inflationary concerns.

What would be the net effect of this anticipated price increase on the Nigerian coffee consumer?

An increase in the price of the commodity in the international market could potentially trickle down to local consumers as Nigeria does not produce enough coffee to meet local taste and demand, much less export to the ever-growing international coffee market.

Although Nigeria has great potential to become a net exporter of coffee, this potential remains untapped and in fact, coffee production in the nation has been on a downward spiral for several years running.

A study done by the Raw Materials Research and Development Council (RMRDC), showed that Nigeria imported about N1.5 billion worth of coffee products between 2010 and 2015. Another study showed that in 2019, Nigeria’s coffee import value stood at about $3.87 million.

Due to this substantial reliance on imported coffee, therefore, Nigerian consumers of the commodity are likely to feel the heat of a hike in global prices. Although Nigerians consume more tea and cocoa beverages than coffee, there is a rising demand for the commodity among the nation’s working class and youth. In 2016, Euromonitor International predicted that Nigerians would drink more than 1,000 tons of coffee in the year 2020.

In a country where the majority survive on less than $2 a day, many Nigerian coffee-drinkers opt for bitter cups of instant coffee that street vendors hawk for N50, which has increased to N70 due to high inflation. It remains to be seen what the cost of a cup of coffee sold off a pushcart would rise to should the anticipated hike in coffee prices come to be. Already, the most popular coffee brand, Nescafe, has long adopted Sachetization (producing miniature sachets of instant coffee sold for about N70 a sachet) to reach more consumers whose purchasing power can no longer support the price of the regular packages.

Needless to say that Nigerian coffee lovers may soon be forced to pay more for their daily coffee fix including those coming off vending carts and miniature instant sachets.

Additionally, exchange rate pressures intensify the problem of cost particularly for imported items including coffee. Inadequate supply from the apex bank has seen many importers sourcing their forex from the parallel market where the exchange rate currently stands at N503/$ at the time of writing this article.