Home Politics What TB Joshua Did For Me When I Became Governor – Akeredolu... 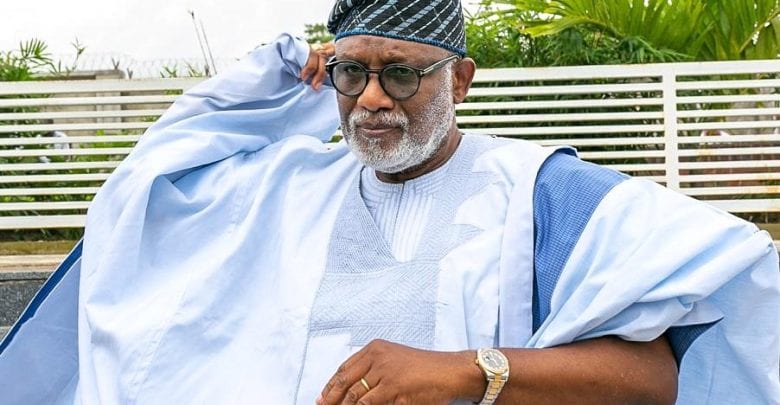 The Publisher Nigeria reports that the governor of Ondo state, Rotimi Akeredolu has eulogized the good deeds of prophet TB Joshua at his burial.

He made some revelations that has to do with the philanthropic act of the late man of God.

He made it known that TB Joshua gave him a lot of money when he was first elected as the governor of Ondo state.

“He was born with a special gift, if I had that gift, I will need no one than Jesus Christ.

Prophet TB Joshua when I won election as governor of Ondo state, he drove to Owo state, he said to me that I have been elected as governor but he has come to pray for me and when he was leaving, he put something in my pocket.

He said as governor, you will need to entertain people, take. He also dropped something to give my wife to be entertaining people”

Also, He stated that Prophet TB Joshua started started performing miracles in Primary school according to some of his peers.

“From what I gathered, He started performing miracles while in secondary school.

He was one who could tell a player in primary school not to play because his leg will break. If the student proceeds, he will definitely come back with a broken leg”