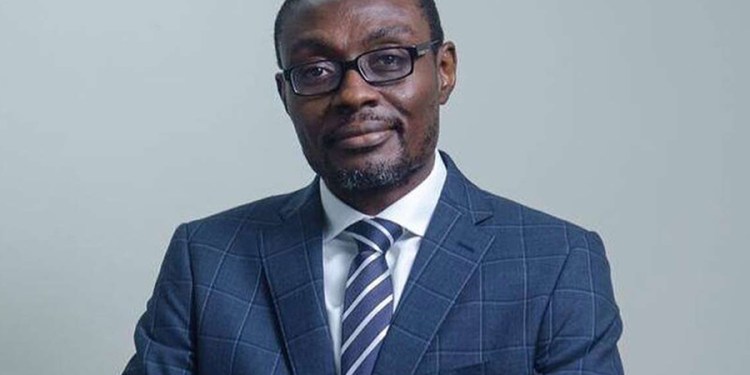 The Lagos State Government has announced the introduction of a technology device called the Traffic Management Solution Device (TMS), to ensure that residents of the state comply with traffic laws.

The TMS handheld device will allow for real-time capture of picture and video evidence of road traffic and vehicle compliance violations as they occur.

This disclosure was made by the Lagos State Commissioner for Transportation, Dr Frederic Oladeinde, while speaking at a news briefing on Wednesday in Ikeja, describing the TMS as a traffic law compliance initiative.

According to the News Agency of Nigeria, Oladeinde said that in line with the Smart City status of the state, the innovation would align with traffic management structure on traffic law violations and compliance checks.

What the Lagos State Commissioner for Transportation is saying

Oladeinde said the TMS device will help in the resolution of the perennial traffic gridlock issues caused by traffic violations within the state.

”The innovation will aid the eradication of fine-payment controversy between traffic law enforcement officers and violators, as only electronic payments guarantee the clearance of a violation from the violators’ list.

An offender may choose to visit a traffic court and presents the Violation Number for the violation he/she wishes to challenge.

The commissioner said that the need for traffic law enforcement officials to have contact with traffic offenders on the road would be reduced significantly with the use of the TMS device.

He said that the officials would only face the duty of capturing violations, which would enable efficient and effective traffic management as their primary duty.

Oladeinde said that the new initiative would ensure transparency as it would expose in detail, the violations with the provision of video and picture evidence and aid the government’s effort in modernizing operations and simplify enforcement by eliminating situations that facilitated impediments and caused counterproductive results on the roads.

He said that such evidence will aid the resolution process and give specific financial penalties within the ambit of the Law.

The members of the general public have often questioned the modus operandi of LASTMA officials, with calls for reforms that include the deployment of technology in their operations.

This has often led to conflict between the officials of the agency and motorists some of who deny allegations against them and accuse LASTMA officials of extortion and being overzealous.

The LASTMA officials, who sometimes are at the receiving end, have had to deal with attacks on them by traffic violators, in the course of discharging their duties.

The deployment of technology especially the smart body cameras will go a long way to drastically reduce these conflicts and make the operations of LASTMA more credible.

It can be recalled that earlier in February 2021, the Lagos State Government said that officials of the Lagos State Traffic Management Authority (LASTMA) will start using smart body cameras in subsequent weeks after the report, to monitor traffic violations.

This came after a viral video that showed a man driving a Sports Utility Vehicle (SUV) against traffic along International Airport Road. The vehicle hit a policeman and tipped him over a bridge while law enforcement agents attempted to apprehend the errant driver.